Peta Searle is an Australian Rules football coach based in Melbourne, Australia and was appointed Development Coach for the men’s AFL team St Kilda FC in early 2014. Peta is the first female coach in the AFL.

Previously, Peta was the Port Melbourne assistant coach to Gary Ayers and was an integral part to the defensive structures of Port’s 2012 VFL title defense before being named the head coach for the Western Bulldogs Women?s team, for the AFL’s first exhibition match.

Her football coaching pathway has been filled with firsts. The first Victorian Women’s Football League (VWFL) coach to coach a team (Darebin Falcons) to 5 consecutive Premier Final wins. The first female coach in the TAC with the Western Jets. The first head coach of the AFL Victoria VWFL Academy Coach/Mentor and the first female to coach in the VFL and now the first and only female coach to coach at the AFL level. Combine this with a level 3 accreditation and a growing reputation in football ranks and you have one of the most talented coaches not to have played AFL going around.

Whilst Aussie Rules is a massive sport in Australia, it is relatively unknown around the World. For those who may not know much about Aussie Rules Football, can you explain the basics and what it is that you love so much about the sport?

I love the freedom to run on a very large ground. To be able to run and launch at the ball, tackle and use your body, are all great things about our game. It is a 360 degree dimensional game which makes it quite unique.

How did you get into coaching Aussie Rules and what was your early coach education like?

Like most coaches I play the game and then went straight into coaching. I was a Physical Education teacher so because of that I probably had a pretty good background in terms of how to deliver messages and teach young people. In terms of AFL itself, I am pretty much a self-taught coach. Growing up as a female playing the game, we didn’t have any access to elite coaching.

In 2014, you were appointed Development Coach for the AFL team St Kilda?s, moving from coaching women to becoming the first and only woman to coach at an AFL club. What has this transition been like moving from the women game to the mens game?

The male players, coaching staff and fans have been very accepting of me. I think people like you or don’t like you depending on your character. My character has meant that I’ve had a lot of support and I’ve been widely accepted. At the Saints they treat me with respect which is great.

What is involved with your role day to day as Development Coach for St Kilda’s?

My role day to day is mainly to work with 1-3 year players in terms of actioning their individual development plans. This is includes lots of one-on-one vision and skill development. I coach the VFL forward line and implement a decision making program, plus assist in all training sessions. I’m responsible for the international players and their development.

You have been a real trailblazer for female coaches in Aussie rules over your career – is this something you have been conscious of throughout?

Definitely not. For me it’s always been about developing, growing and becoming a better coach and person. The positive by-product of it is that coaching has become a more viable option for females and I’m over the moon for that to happen. In terms of trail blazing, so long as I’m a good role model for my daughter and my son, then I’m content.

How do you juggle being a mother as well as a coach at such an elite level? What is your secret to keeping a good work-life balance?

I think it’s tough for any mother to work full time. I don?t think it’s tougher for me because I’m at an elite sporting club. Basically working and being a mother is just a hard gig. I’ve learnt to ask for help, but I’m also part of a club that is extremely supportive as me as a mother as they are of other coaches as fathers.

What advice would you give to an aspiring female Aussie rules coach who wants to progress to the AFL?

My advice to an aspiring female coach would be to work hard, persevere, and have self-belief. More importantly, be true to who you are. 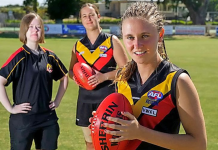 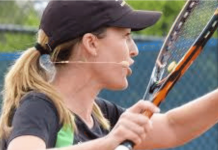 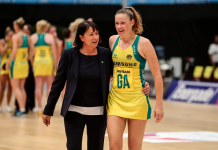 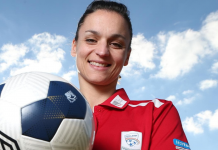 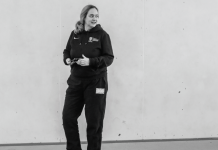