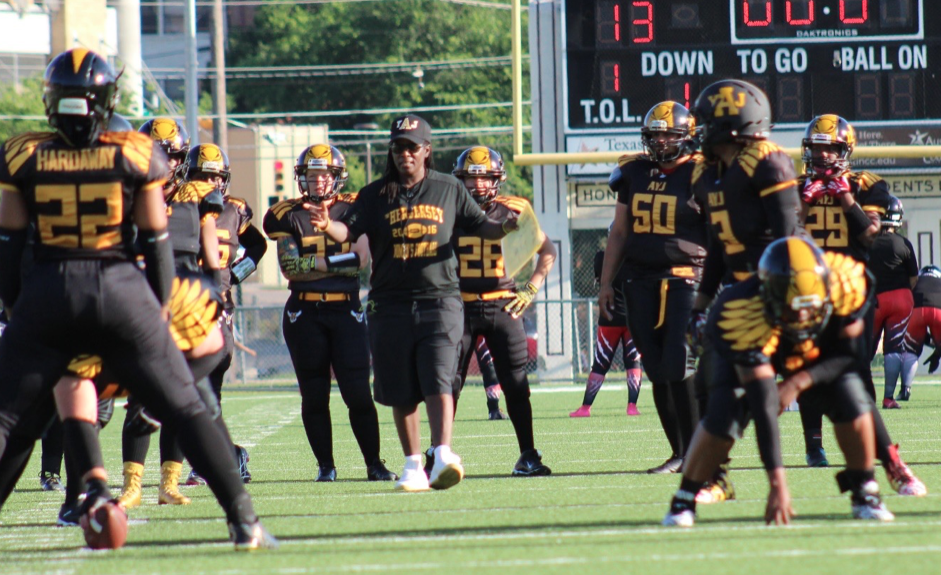 Coach SoHo is the Head Coach of the Austin Yellow Jackets, a womens team operating out of Central Texas. She has been involved in the game since a child, playing with Austin and Houston for 9 years and coaching both Offense and Defense since. Here she talks about her transition from player to coach, what drives her on, and her ambitions for womens football. A true voice of the game.

How and when did you begin to be involved in football? When did you step in coaching, and what was the transition like for you?

I started playing football as a kid with the neighborhood boys. As an adult, I started off playing Fullback and Linebacker with the Austin Rage of the WPFL when women’s football re-emerged. I went on to play with the Austin Outlaws and Houston Energy before getting into coaching.

Transitioning from playing to coaching wasn’t as easy as I thought. The withdrawals from not physically participating in the game of football and being relegated to the sidelines was a tough pill to swallow. Til this day, I still have my days where I say Screw this, I’m playing?. Twice, I left coaching to play again but the relapse won’t ever happen again due to the respect that I have for my mother and my not wanting her to worry about my well-being.

You coach a female team, what makes this special? What is the status of the womens game in the USA?

What makes coaching women’s football special is that I have the opportunity to give these women what most haven’t had in this game. Being able to look towards the sidelines for guidance and seeing someone who looks like them has to be a pretty awesome feeling, at least is was for me once upon a time. I think for some, it makes a big difference. At some point, I can only hope that there would be more female coaches in women’s football. The players deserve it, the game deserves it!

What has been your highlight of your coaching career so far? Would you change anything?

The highlight of my coaching year is always determined by the rookies. Every season, when the rookies finally start believing that they have what it takes to play this game, it becomes surreal for me because I was that rookie once and I know how awesome that feels! I can’t nail it down to one experience, there are a lot of moments and hopefully there will be more to come.

We all have that one person that spurs us on, Do you have any role models? Who has influenced you the most in both your playing and coaching career?

My high school coach was the most influential person in my athletic career. Michele Chase-Cross had an unbelievable amount of faith in me and my abilities and never accepted anything less than my best. Because of that, I have the same unwavering faith in my own players. Having a coach who has your back and who makes your potential known does something for an athlete’s confidence. In my football playing career, Brian Wiggins of the Houston Energy and Frank Brown of the Austin Outlaws were the two guys I looked to the most. They let me be me with no adjustments. Balls to the wall, 110% at all times, size never mattered and ego never came into play. As a coach, Timothy Holmes of the Carson Bobcats (formerly of the Carolina Phoenix) is a Player’s Coach. He gets it, he gets them and he is everything I strive to be in this game. On a much bigger scale, Mike Tomlin of the Pittsburgh Steelers is who I want to be in my next life! Doesn’t hurt that I’m a die-hard Steelers fan as well! lol 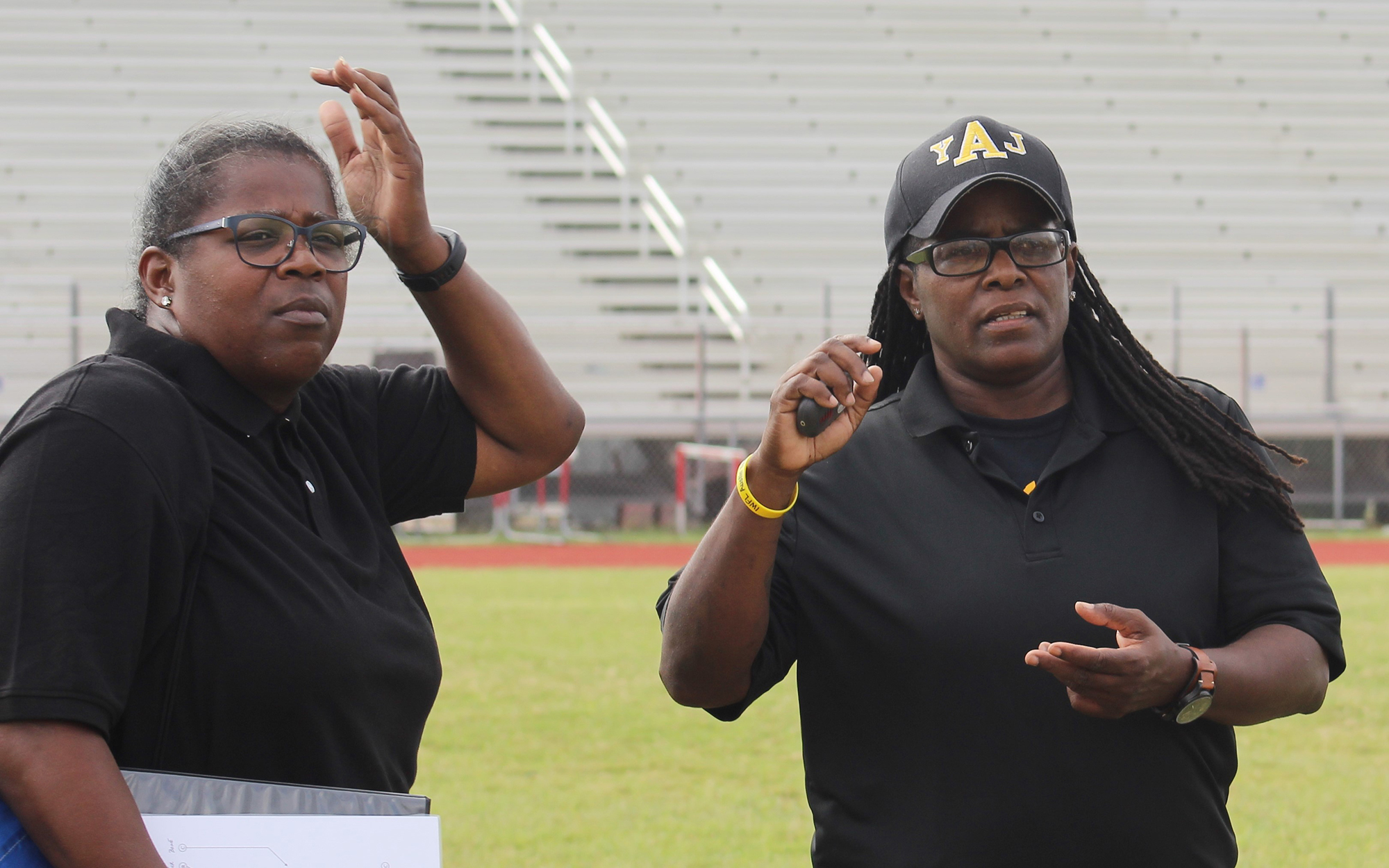 In your opinion, what attributes does an American Football Coach need in order to be successful?

The one thing that a coach absolutely has to have in this game is PATIENCE! Most coaches get irritated because they expect the women to pick up what they’re coaching them faster or to already know certain things. Coaches tend to forget that most of these women knew little to nothing about the game of football until they stepped out onto the field for the first time. As a whole, women weren’t taught the specifics of the game since they were kids like their male counterparts were. Good coaches build their strategy around their personnel, not the other way around. In the women?s game, experience is not a luxury. Adjustments make all the difference.

What advice would you give to other women who are considering becoming an American Football coach, but not yet taken the leap?

The only advice I can give any woman who is considering becoming a coach in the women’s game is to Buckle Up, it?s going to be a helluva ride! Also, study the game as much as possible. Learn from your current coaches, ask questions, talk to the players, familiarize yourself not only with the game but those who play it, they all have a story.