Allison McNeill is a basketball coach from Canada who has been coaching female athletes for over 30 years. Allison was the been the head coach of the Canadian women’s basketball team between 2002 and 2012, taking them to the quarter finals, which was their best result in 35 years.

Having stepped down from Head Coach duties at the end of 2012, Allison now spends her time consulting and mentoring in youth basketball for up and coming young coaches.

How did your journey to becoming National Head Coach begin and was it always your ambition to become Head Coach of your national team?

While I was playing in University my summers were spent working at Basketball Camps to earn money and to have time to train.? I really loved working camps and coaching kids.? I just always knew that I was going to coach at some level.

I played one year of professional basketball in Germany and while there I coached two young girls teams. I really enjoyed that experience and when I came back to Canada I started coaching right away.

I really missed playing, but the coaching helped me to get over my playing days!

I coached four years of high school basketball and then moved on to coach at Simon Fraser University and the University of Oregon.

I started with Canada Basketball as a youth and junior coach and then an apprentice coach with the Senior National Team with Bev Smith. When Bev left the National Team program I was asked to interview for the job and I became the head coach in 2001.

Being the National Team coach was not even on my radar. I just love the game and wanted to be the best coach I could be so that I could help my athletes be the best they could be.

I have never really been much of a goal setter. I have just been passionate, hardworking and when opportunities presented themselves I was ready and willing!!

Canada basketball have a great history of female head coaches, with Lisa Thomaidis now at the helm and before you Bev Smith – what is it about the Canadian system that allows female coaches to thrive and how important is it that active female coaches work towards mentoring up and coming coaches to take over when they leave?

I also think you have to mention Kathy Shields in this group, though she did not coach the National Team for long, she was the coach prior to Bev Smith, she was a great role model for the rest of us!

I am not sure our system is any better or different than any other countries system, but I do know that each of the coaches you have mentioned are passionate, driven, hardworking and resilient coaches!

I also believe that having two women, Michele O’Keefe as our President and CEO at Canada Basketball, and Denise Dignard, as our Director of High Performance for Women have been advocates for hiring and promoting quality female coaches.

Lisa Thomaidis and I worked together for almost twelve years and I know in my mind it was always a succession plan that Lisa would be the head coach when I retired!

Lisa had to earn the job through the interview process and she did that! I firmly believe her time as an assistant helped her to be ready to be a head coach and it has allowed her to move the program forward seamlessly.

Mentoring is really important and I know that it has been a factor in having so many great female coaches at the senior and Junior level in Canada.

Why do you think there are such a lack of female coaches in most sports in most countries? Is there something we [the sporting world] are missing?

It is tough to be what you can’t see! We need to see more women in leadership positions period!? Not just in sport. We need more role models for young women to know that coaching is a viable profession for them.

I still believe child care issues are something that needs to be dealt with if we want more women coaching.

In 2012, you led the Canadian team to Olympic qualification for the first time in 12 years – what was your secret? What do you think was the difference in that team qualifying for the games over previous attempts?

There were several factors that made a difference in 2012?

1. Veteran athletes were the biggest difference ? they were the secret!

We were always the youngest team, we were inexperienced.

We had very few athletes playing in Europe in the past and when that changed we started to see the results of our hard work!

We had players commit to the National Team program for longer, they worked hard to get better and they played overseas. Experience is a wonderful thing.

2. Chemistry was also a big factor! The 2012 team really played well together, the core had been together for some time, they liked each other, and played with passion for Canada.

3. We really were world class defensively and executed extremely well on offense ? again a product of time together and our overall experience.

4. We were a very resilient and mentally tough group ? we had been through some ups and downs together and it really had toughened us up.

5. We were also seeing our athletes coming through our junior programs, having success and gaining valuable experience.

At the end of 2012, you stepped down as head coach and retired – what lead to that decision and was it a difficult experience to walk away.

It was very difficult to retire from coaching the National Team.? We finished our 2012 Olympics in August and at that point I was sure I would be back to coach the team for another four years.

The future was so bright, many of the athletes were looking to return and there were some very good young players coming up from our Junior and Development teams, so we knew the future was very bright.

With some reflection I realized that I really wanted to do some other things and could not see myself coaching the team for the next four years.

Coaching for me is all-consuming. In a good way, but still all-consuming! I just knew that I no longer wanted to be consumed by basketball.

What does life look like for you now after retiring as National Coach? Do you miss it?

I do miss it, but I retired at the right time for me and I am very happy with the career I had with the National Team and I am really enjoying the things I am doing now!

I miss practice and being in the gym with such amazing athletes and coaches.

I miss the competition and the excitement of preparing for the World Championships and the Olympics.

I miss working with the best players in Canada ? they are so motivated and so passionate about basketball and about getting better and it truly was a privilege to work with them.

I miss hearing the National Anthem before every game. feeling the pride of being Canadian and representing Canada. That never gets old!! 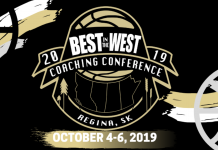 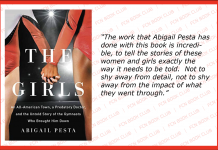