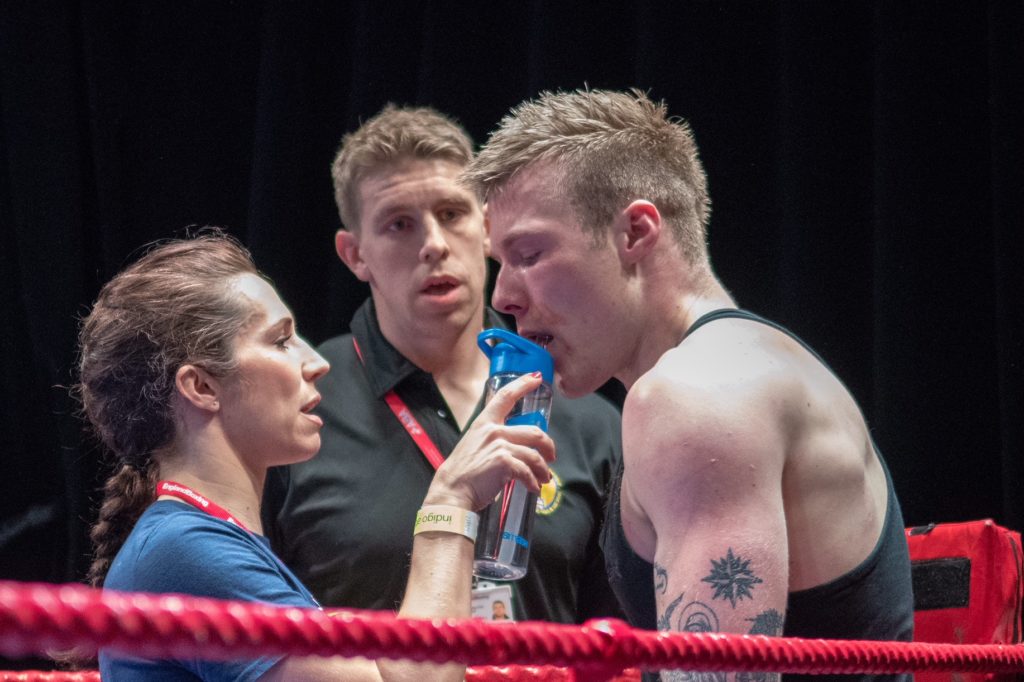 I have started asking for feedback on my coaching so I can develop my sessions and learn more about the learning preferences of my boxers. As I coach my boyfriend I often ask him, but more specifically I enquired what it’s like to be coached by his girlfriend. Before I find out (he’s agreed to write this for my next post), I thought I would share with you how I feel about coaching him.

When Matthew asked me to coach him he’d already had two bouts. I’d been helping out the coach for his team and had been in his corner for both. I was wary at first. This was very early on in our relationship and I didn’t want the roles to become muddied.  I was clear that in the gym I was not his girlfriend, I was his coach, I would treat him like the other boxers and he would behave like them. However, I found myself conscious of any attention I’d give him, mindful others would perceive this as special treatment. I was also more critical. My coaching style tends to focus on what a boxer is doing right or how to correct something rather than what they are doing wrong, however I found myself slipping into highlighting the negative. I soon realised I preferred coaching him one on one so these things weren’t playing on my mind and I could give him my full attention without worry.

Matthew is almost double my weight and nearly a foot taller than me which can make certain aspects of training him tricky. Pad work takes its toll on my shoulders to the point where I now either use foam sticks (to reduce impact), focus on technique only (reserving power shots for the heavy bag) or a stand in pad man. Not uncommonly for new boxers Matthew initially wanted to hit everything, be it pads, bag or his sparring partner, as hard as he could.  It took a while to work on this, breaking down each technique and executing it in stages, sometimes slowly with no power then adding in the speed, then the power once he had grasped the mechanics. And he hated it! I could hit him if he dropped his guard or give him the hardest circuit I could imagine and he would carry on with no complaints but when I tell him we are going to pull the power and work on technique there are always grumblings. And this is the part I dislike. I know he wouldn’t dream of trying to negotiate with any other coach but I often get ‘Can I do this instead/I don’t like this/can I do it this way?’ Que a reminder that in the gym I am in charge or now even just a sharp look and he knows exactly what I am thinking. 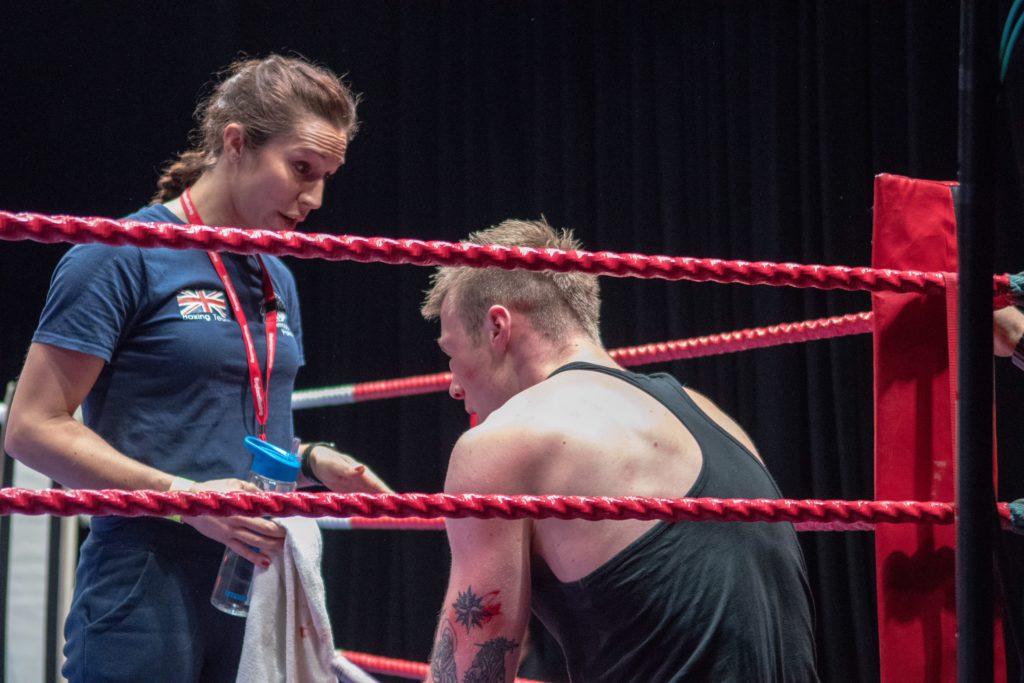 I wouldn’t have it any other way though. I see how committed he is, I see every time he puts into practice what we’ve been working on and I know I’ve played my part in the skilful boxer he is becoming.  However, I am not possessive like some coaches can be. I am not always around, we work different shifts and I am not an expert in all aspects of coaching. I encourage Matthew to take responsibility for his own training and I sometimes leave him in the capable hands of other coaches, those who I have coached with, or have coached me. I know them personally and know they will not ‘cross coach’, we sing from the same hymn sheet so to speak and they add to, not distract from what we have been working on. I look at our coach/boxer relationship like our boyfriend/girlfriend relationship. I’m not his mother, I don’t do his ironing and make him packed lunches so I don’t hand him everything on a plate as a boxer either. I give him guidance and the tools to use in the ring but he has to put in the work and think for himself. I will never nag him to do so. And as long as he rewards me with effort and commitment I will continue to coach him.