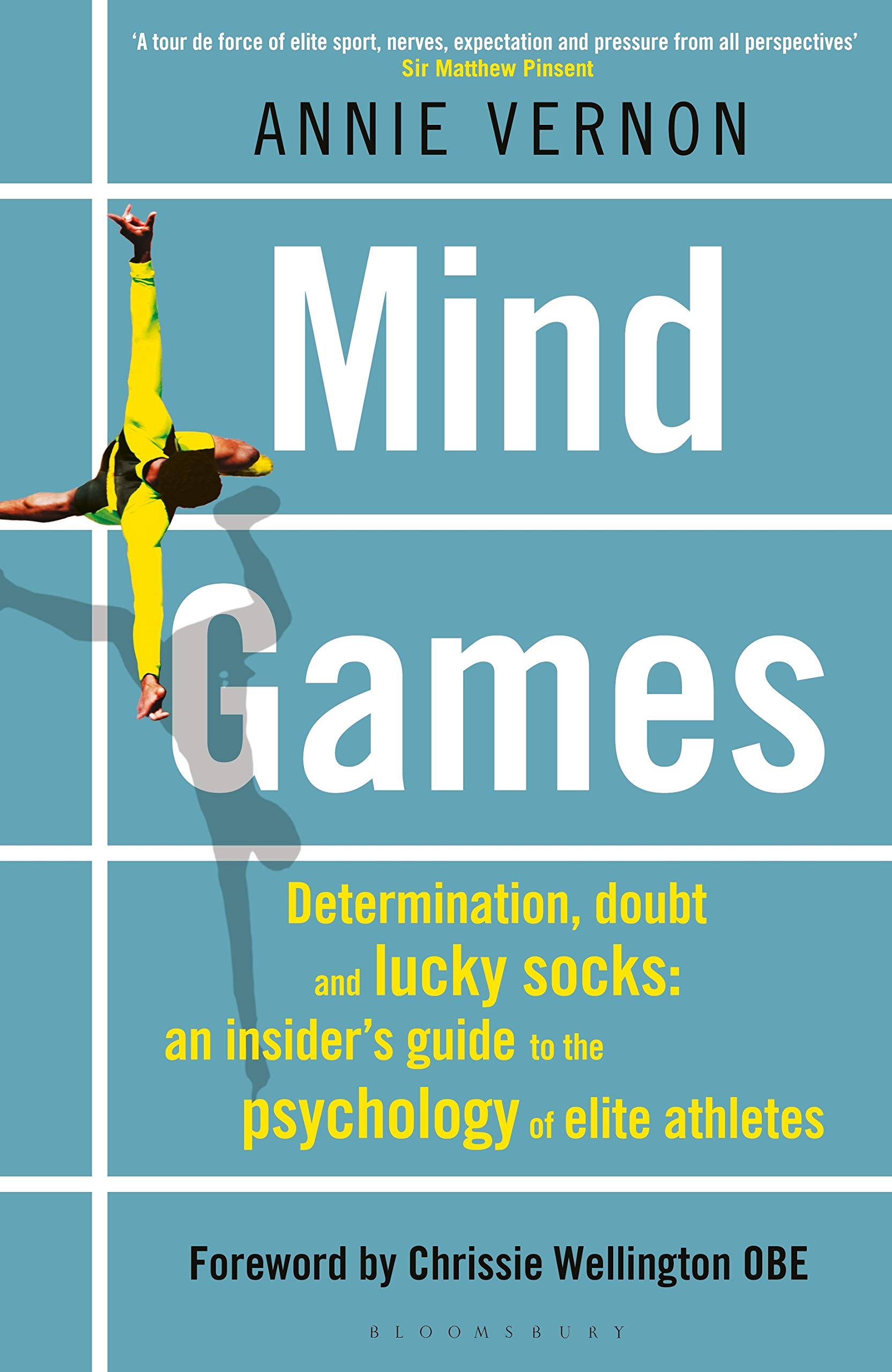 With nearly a decade at the top of Britain’s most successful Olympic sport, Annie has a proven track record in the cauldron of seven World Championships and two Olympic Games. A former Olympic rower for Great Britain, Annie was a full time athlete for eight years and in that time won gold at two World Championships and silver at the Beijing Olympics. Annie retired from elite sport in 2012 and is now a sports journalist and corporate speaker.

Back in 2017, Annie was part of our first FCN Training Day in partnership with Sport and Beyond – a day which allowed all who attended the chance to learn about their own personalities and learned a number actions to take away to develop their own confidence in coaching.

More recently, Annie has published her first book, Mind Games, in which she explores the elite mind sharing with us her own personal experiences of competing in elite sport, along with a number of interviews with fellow Olympians and coaches throughout the book.

It’s well known that to reach the top in elite sport, you need to have spent years honing and perfecting your physical ability. However this is only part of the template required to win – the other half is about mind games.

Throughout her career as one of the world’s top athletes, Annie Vernon struggled with existential questions about the purpose of sport in our comfortable, first-world society: Why do we do it? What is it in our psyche that makes us push ourselves to the limit? What allows us to mentally overcome the physical pain?

Now retired from competition, Olympic silver medallist and world champion rower Annie Vernon has decided to look for answers to these questions. Drawing on her personal experiences and interviews with some of the best coaches, athletes and psychologists from across the world of sport – including Lucy Gossage, Dave Scott, Katherine Grainger, Matthew Pinsent, Brian Moore, Brian Ching and Dr Steve Peters – Annie discovers the secrets of how athletes train their brains in order to become world beaters.

Annie debunks the myth that elite performers are universally cool, calm and brimming with self-assurance. Through exploring the bits on the inside that nobody can see, Annie instead creates a new understanding of what it takes to be successful in sport and uncovers that, in fact, an elite athlete is not that different from you and me. It’s simply a question of mind games.

If this book existed when you were an athlete, what lessons would you have taken away and applied to your own career?

This book would have made me understand that there is no ‘right’ way of doing things, no one route to success. There is such a diversity of approach, and the key thing is to figure out what works for you. Even at the top level, elite performers make fundamental errors and mistakes right up until the last competition in their career: I guess because we’re all human, and fallible!

What lesson, view or thought out of your book would you most like a coach to take from it?

I loved putting together the coaching chapter, but it was also very eye-opening. It showed me how much sports coaching is changing. A coach of twenty years ago was probably a man in a tracksuit holding a stopwatch. He would have been expected to manage every part of his athlete’s sport and their career. Now, he’s more like the conductor of the orchestra: he pulls the pieces of the jigsaw together because there are so many other experts involved. ‘He’ is also not always a ‘he’ anymore! Modern sports coaches see themselves as more of a partner to their athlete than a dominant figure. It reminded me of how the teacher-pupil relationship in schools has changed over my lifetime. When I go into schools now, the pupils will talk very informally to the teachers, who see themselves as enablers and facilitators. Very different to the more authoritarian figures that existed when I was at school.

I loved hearing about how the coaches get to know their athletes as people, ‘from the inside out’ as swimming coach Mel Marshall put it, and then think about them as an athlete. However, so many athletes had awful stories to tell about the ways that previous coaches had treated them, that was nothing more than emotional abuse. Things are changing and these kind of situations are getting rarer. I hope that coaches will read my book and realise that they are in charge of young athletes at such a formative period in their lives. The things they say to them, even the offhand comments, could stick and be with that person for life. 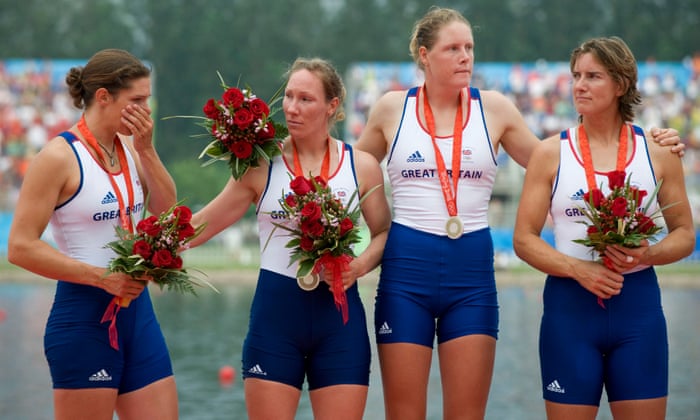 You mentioned in the book that you have had good coaches and bad coaches – can you give some examples of each and how they affected you as an athlete?

I got on really well with both of my primary coaches, but there were other people involved with the British rowing team who seemed to be more interested in wielding power, and massaging their own egos, than empowering young women to be the best rowers they could be. What used to really frustrate me was when the coaches seemed to blame the athletes for any poor performances. The best coaches that I worked with and those I interviewed for the book focussed on giving the players as much responsibility as possible, to make their own decisions. The worst coaches do the reverse. They don’t seem to trust their athletes or have any respect for them. The worst coach that I had on the British rowing team would imply that we were mentally weak if we ever underperformed, because of course it couldn’t have been his fault. Thankfully, he’s no longer involved with the national team.

Out of all of the interviews you conducted, whose answers surprised you the most and why?

Every single one of my interviews made me think about sport in a slightly different way, or gave me new ideas. The experience of interviewing people gave me a new respect for elite athletes because we’re such a varied bunch of individuals! I spent a few days at GB Boxing headquarters in Sheffield which was eye-opening. The coaches there told me that being physically hurt, or hit in the face, just wasn’t an issue for the boxers. This amazed me. I thought being hurt would be a real psychological barrier. One of the (female) boxers says she finds getting her eyebrows threaded more painful than being punched in the boxing ring. I concluded it was one of those mental skills specific to each sport – don’t become a boxer if you don’t like being punched in the face – similarly, if you don’t like black lines on the bottom of pools don’t become a swimmer.
The other surprise of the book was how readily people talked about exercise-induced pain. I remember, as an athlete, always being fearful about how much the tough sessions and races would hurt. Well, it turns out I wasn’t alone. The general public probably thinks that elite performers have had their pain receptors removed. That’s not true. Right up to the top level, training your mind to cope with pain is a huge part of being an elite athlete. I interviewed a Professor of Pain Research from Imperial College London, and he was fascinating in telling me how the body and brain process pain – and how minimising pain CAN be a trained response.
It was ironic that he told me about an interesting area of pain research being the pain in childbirth. I was in the early stages of pregnancy when I spoke to him so I made sure I blocked my ears when he brought it up!

Where do you think the biggest issues arise in gender inequality in high performance sport?

My book focusses on how men and women approach elite sport differently. The research is clear: men’s and women’s brains are different, and hence our responses to the intense environment of sport will be different. For example, women’s brains are more sensitive to stress and conflict, and men have larger processors in the areas of the brain that register fear and trigger aggression. Secondly, women tended to score lower than men on dominance and confidence, but higher in tension and impulsiveness. Women tend to discuss their thoughts more than men. Other research from sport psychology indicates women expect a different coach-athlete relationship to men. Men want a training programme and technical input. Women want encouragement and social support in addition to straightforward coaching. All the best sports coaches I interviewed for my book agreed wholeheartedly that you don’t coach men and women in the same way.