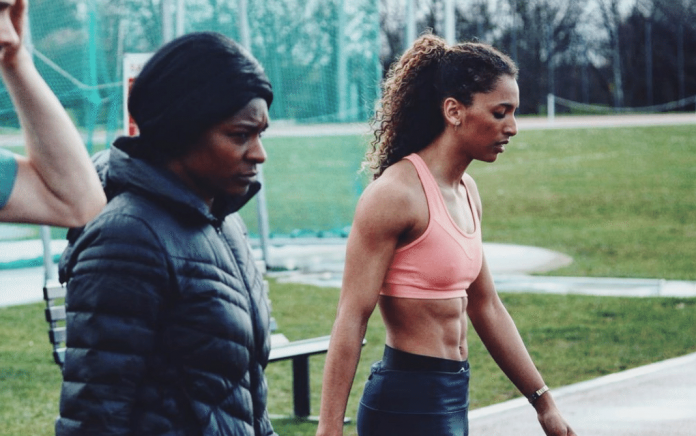 This quote may seem comparable to a Muhammad Ali precept; a motto he would take with him into the boxing ring, ready to fight and make history. It’s something my coach said to me just before I was about to race a British 400m Final, our first one as a team. Something that stuck in my mind, as a I toed the start line, unknowing to me, that I was about to qualify for my first senior European Championships.

Though athletics does not exactly resemble a combat sport, we still individually must fight our own battles to create the future we want for ourselves. And throughout my brief career so far, my coach Christine, has been my very own corner-woman, encouraging me with strong, powerful words of affirmation.

I first met Christine at the unripe age of 14, and even then, she saw an ability in me and encouraged me to stick to the sport. Between then and the age of 21, when we finally joined forces full-time, I went through an abundance of phases. Throughout these phases, especially as I was coming out of my junior career and embarking on my journey as a senior athlete, she was always motivating me with inspiring words and stories.

She mentored and guided me through my first World Championship team in 2015 at the age of 19, and whilst there, she allowed me to complete a training session with World and Olympic Champion Christine Ohuruogu, and told me I would be just as good as her one day.

At the 2017 World Championships in London two years later, I sat with her high up in the stands. She wasn’t my coach at this moment in time, but as we looked down onto the track, watching athletes compete on one of the biggest stages in track and field, I confided in her. I was struggling with finding myself as a sportsperson, beginning to believe that, perhaps, sport wasn’t for me.

Here, she further uplifted me, and spoke to me about elite sport and being on a world stage, about mindsets and confidence. About all the challenges we face on the way to where we want to be, and how to stay positive through it all. That talk meant a lot to me and I eventually went on to win a world silver medal, as part of the 4x400m relay.

At the end of that season, I came to the decision to start a new chapter in my sporting career, and find a new coach to take me under their wing; to guide me through this precarious journey of elite sport. And there was no question as to who I wanted to be alongside me.

Someone who believed in me, believed in my potential and would not only show me how to get there physically, but guide me psychologically and emotionally, just as she had before I ran in my first ever world final.

Most often in elite performance sport, we can forget that coaching involves coaching people, just as much as it involves coaching the sport. Personally, I have always been someone who wears my heart on my sleeve. So when I came to be in this sport, it was not much different. I knew I needed someone who was going to be able to understand me, yet still lead me to perform on the world stage, when my emotions are most vulnerable.

For a long time, I understood these emotions to be detrimental. I had spoken to previous coaches, other athletes and even a sports psychologist, who all told me to try and remain detached from my emotion so I could focus on my training and my performances. Perhaps this works for some people, but for a lot of us, whose emotions are usually bubbling at the surface, I could not do it. To do so, would be to strip myself of who I was.

Today, having a female coach, means I can be understood, not just as a sports performer, but as a woman. I know that she can still be firm in coaching me, yet still treat me as a human being. We can often think of sporting men and women as superheroes, but we mustn’t forget that we too, are human, and we still have our daily challenges. These may either enhance or hinder our training and performance, but it’s one of the many responsibilities of coaches to be able to work with and around these. 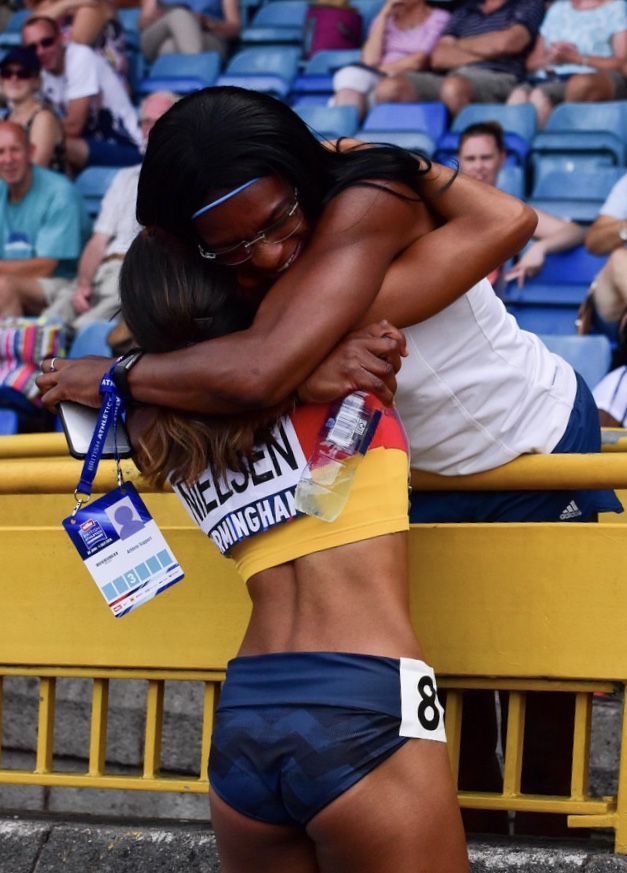 Christine coaches me in the way that I am, and mentors me with the knowledge, that she herself, has gained through the experiences she has been through. I trust that she will push me physically, to be able to run fast, but at the same time, we’ll have fun, which takes a lot of pressure off an already demanding sport. We gossip, we chat, we discuss serious matters, we giggle, we dance around, we joke – we just have fun! Having this kind of dynamic, makes all those hard sessions bearable.

When I’m on the ground, swimming in lactic acid, she still has a way to make me laugh! She knows I will commit myself fully when I need to, but at all other times, she knows I need to be a normal person, because being comfortable in your environment is just as, if not more, important than having a rigid, fixed training set-up.

What’s more, being a role model is another essential aspect of having a female coach, not just for me, but for so many other young girls. When we consider how many women there are in her position, in comparison to how many men there are, the numbers are few.

It’s very rare to be a female coach, across a lot of sports, because there remains myriad obstacles for women in sport, and these become exaggerated when we think about females in coaching and leadership positions. I certainly think the numbers are increasing, but for a long time, this wasn’t the case. Christine began coaching at the age of 16, and at that time, it was probably very difficult to see yourself in a role in which there are not a lot of people like you.

Regardless of many obstacles, it is remarkable that I have Christine in my corner as a coach, a mentor and a role model.  Being a former athlete herself, she has taken all the passion and energy she has from being competitive with her into this coaching role, making her a very enthusiastic, energetic and sensational coach. Today, she is also a mother and a teacher too, so she teaches me lessons not just from within the sport, but from life itself, which can be just as beneficial and should certainly not to be overlooked. 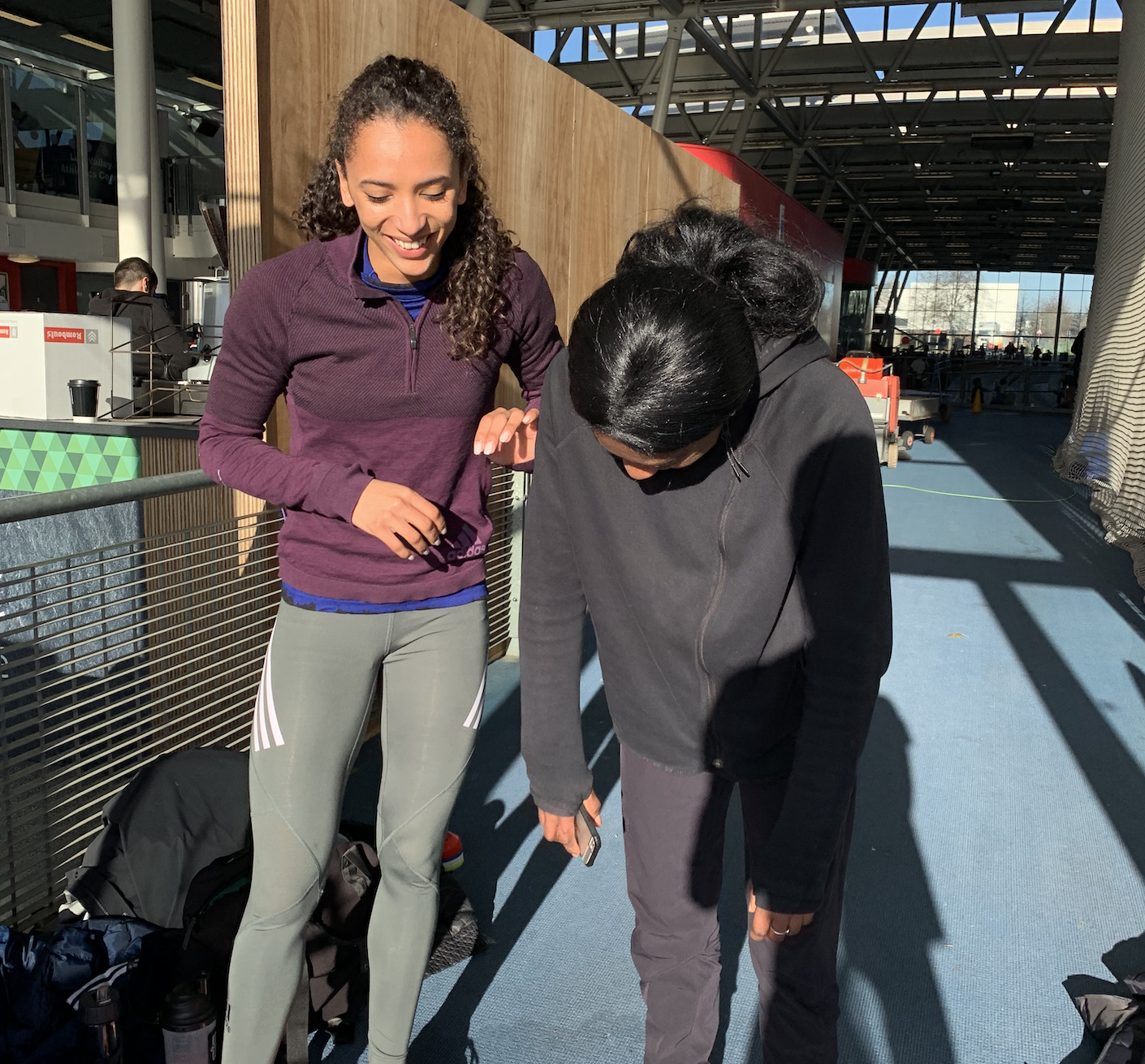 My coach’s story teaches that despite barriers and challenges, anyone can be the person they want to be. I have directly experienced this impact within my journey in this sport, but I have also witnessed others benefit from it too. I’ve seen her coach kids as young as 5, boys and girls, and they all look up to her.

They cannot wait to see her again, to be coached by her, to return week after week, excited to begin another training session. I’ve seen these young children grow in confidence, and develop their individual characters. She’s respected by them, which in turn, makes all of us want to commit 100%, whether a young girl finding joy in sport or a professional athlete training for World Championships and the Olympics.

There have been many wonderful sporting stories of women as leaders, and we can continue to create them today, because it is these, that inspire us to take great leaps forward. We need more women like Christine in sport, to inspire and motivate those who also have many hurdles to clear on the way to their goals. Research today shows that there is a huge desire for girls and women to coach, however, only a small number of these girls go on to actually do it, for the reason that there are far too many obstacles in the way of that.

So those who do go on to coach, blaze the trail and break down the barriers that stand in the way for so many after them. There is so much that these female leaders can provide to sport, as demonstrated by Christine. So, to those females in sport who are blazing the trail for all the young girls after you, keep breaking down those barriers. And as my coach would say to me and to so many others around her: 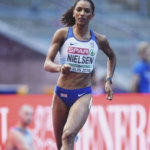 Bio: Laviai Nelson is a British 400m sprinter who has had phenomenal success at such a young age.  At only 23 years old, she has a number of medals and titles to her name including Silver at the 2017 World Championships and Euro Indoors 2017 & 2019 in the 4 x 400m and two Golds at the European Junior Championships in 2015 for the 400m and 4 x 400m.  At the London Olympic Games in 2012, Laviai was a volunteer and was a kit carrier for the golden girl of the Games, Jess Ennis, who went on to win Heptathlon Gold.

A member of Enfield & Haringey Athletics Club, her coach Christine Bowmaker, who she has been working with since the end of 2017, has an incredible track record herself having competed for GB at the 1999 World Championships and coached a number of high profile female sprinters.

A big thank you to Laviai for taking the time out of warm weather training to write this!  Best of luck for the season ahead from us all at FCN.