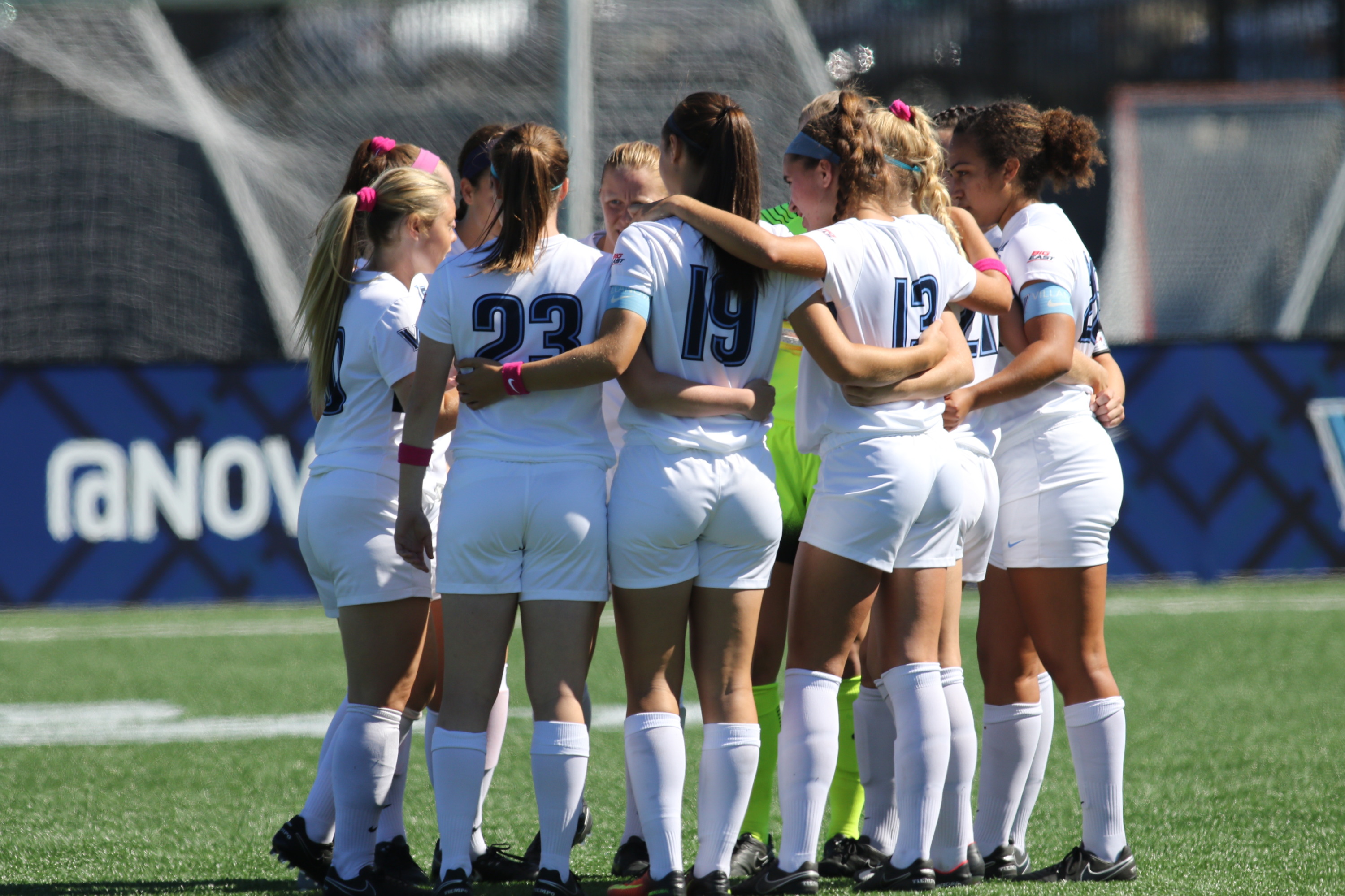 Hold the back page! I’ve come to a conclusion. It’s rather an obvious conclusion to some: men do not like women playing football.

Of course, this is a generic statement and it’s not correct to say that all men share this mindset; that would be ridiculous. But I’m talking from the viewpoint of ‘the common man’, armchair supporter as it were, those who love to pass on comments to anyone who cares to listen, just because they have an opinion. And these ‘supporters’ have been readily sharing their opinion on the fairer race playing the beautiful game.

4 years ago I become a football coach and set up a Twitter account focussing on coaching. Since then, I have been reading comments about women’s (and other forms of) football: the good, the bad and the ugly. I don’t read newspapers or magazines, so my observations are solely from this form of social media. Those who use Twitter know how incredible it can be, both negatively and positively.

On the negative side we have the ‘Keyboard Warrior’ a phrase that optimises those who make critical, negative, sometimes abusive, even threatening comments to people or organisations they do not approve of; all carried out from the safety of being behind a thin glass screen. The slender anonymity they have, seemingly gives them licence to offend.  The flipside is people also have the freedom to exalt and hail the people or organisations of their choice, whether others agree with them or not.

The pro & cons of social media are something we are all living with. Yet what I have observed is that most of the time, people’s comments are a reflection of their own beliefs or parameters. (You don’t say!) Trouble arises when someone posts a comment that crosses the parameter of another. Take women’s football as an example.

From what I have read (and on occasion listened to) on Twitter, NO OTHER form of football, receives the continuous, negative comments and criticism that women’s football does. One can be: blind, deaf, suffer from cerebral palsy, be over 50; we have walking football, mini-football… this list is increasing as previously conceived barriers are broken so that allcan enjoy this incredible game.  All that is, unless you are female.

For some reason, NONE of these, absolutely NONE of these other types of football receive the unbridled, uncalled for and unjustified level of criticism that women do. WHY?!

As I write this, I can feel an amount of anger stirring inside my core. For some reason, men (I have never seen a women post a negative comment) deem it necessary to – literally – tell women to get back in the kitchen.

The underlying reason they say this is because they are sexist.  Yes, sexist. ‘Men – you may not want to hear it, you may try and defend it, but the bottom line is, these comments are coming from an inner source that is against women: that is called sexism.’ Their viewpoint of women is shaped in such a way, that a women should not be doing anything outside of her home environment, especially if it involves an activity that is dominated by men.

I was deeply disappointed when, during this Women’s World Cup, my dad thought it was funny to share a picture with me that had clearly been doing the rounds in his male dominated circle of friends: the lions in the England badge being replaced with 3 irons.

No! Just NO!  That is NOT humour. That is NOT funny; it is belittling, it is negative, it is demeaning. It actually reflects what is on the inside of some men, that still, in 2019, a women’s place is only in the home.

What photoshopped badges do the rounds when the deaf team are playing? Or the U15 boys. Why is it ok for them to play football and not women & girls? Why do we receive criticism and they don’t? Tell me why?  Football is probably thegreatest world sport. It should be a sport that anyone is free to enjoy playing, but why do men consistently want women to notplay it?

I have read the comments: “Calm down love, I was only making a joke… I don’t want women’s football being forced down my throat… Women’s football fits an agenda… Not interested… Who cares… I don’t want to watch a load of dykes running around a football pitch… [and the worn-out, now irrelevant] the goal keeping is rubbish?”

Why can’t women enjoy playing football like everyone else? Why shouldn’t women’s football be televised and promoted? Surely you want more football on TV?!

I grew up in the 70’s and 80’s and had hour upon hour of men’s snooker and darts ‘forced down my throat’. Who decided that televising overweight, beer-swilling men throw tiny arrows at a board, or try and stretch their beer-bellies (Bill Werbeniuk in particular) over a 12ft long piece of green baized slate, was entertaining? NB: I’ve played both of these ‘sports’ but know for a fact that I never would have, had they not been repeatedly televised.

Over the years I’ve witnessed football starved men searching through random TV channels, trying to get a fix of football in-between league seasons. They have sat and watched U17 boy’s football in other countries for a fix, even though by their own admittance “The quality isn’t great, but it’s still football.” To be honest, I’ve done it myself.

I’m sure you can guess what my next remark will be.

So it’s ok for men to sit and watch a sub-standard quality of football if other men are playing, but not if women are. Again, I ask why is this? If the quality is not a determining factor, what is?

Undoubtedly the quality of women’s football overall is different to the men’s. Of course it is!  We’re playing catch up for having been banned from playing it officially for 50 years!  My Nan turned 98 this April. She was born in 1921, which happens to be the same year that the FA took the decision to ban women from playing. Was it from a lack of sponsorship, a lack of support? In a word no! There was a time when women’s football was more popular than men’s. I’m not going to go into all the details now, but I will say – know your history of women’s football before you start slating it.

So really, what is the deal here guys? Why is it ok for others to play, but not us women? Why does it offend you so much?  Here is my conclusion from my 4-year observations:

Twitter comments are a reflection of people’s own beliefs and parameters and where I once used to read the comments made to posts from popular organisations such as BBC Sport, I don’t bother now. I’m utterly bored and fed up with the sexist male rhetoric that then fills my glass screen. Let’s face it: men are uncomfortable with women playing football because they already have a pre-conception of what a woman is to them.  Starting a sentence with the phrase “I’m not sexist, but….” already highlights that a man has a level of sexism within him. It just hasn’t been triggered yet because the behaviour of the women in their lives hasn’t crossed their parameter. But now when – God forbid – a women’s football game is being ‘forcibly shoved down their throats’ by being televised (you have a remote control – use it!) it’s like a burglar alarm going off when an intruder crosses an invisible barrier. “Whoo, whoo, whoo, whoo! Intruder alert! Intruder alert! There is a woman on the pitch, I repeat, there is a wom….. No wait, There is more than one woman…. There are 22 women on the pitch. I repeat, 22 women on the pitch. EMERGENCY!!!!!”

‘Sorry, but we ain’t going anywhere. You see, we rather like this game; it’s a great game, a beautiful game, dynamic and exciting. You may have not noticed, but we’ve been playing it for years – like you have been – even when we were officially told we couldn’t. We played it when your forefathers went off to fight in the wars, in-between working in factories, looking after the children, keeping a home, supporting our communities and generally keeping the country going whilst the men weren’t here. We reluctantly had to stop when the men returned, when ‘normality’ returned. But some of us, somewhat rebelliously, those of us who could, carried on playing; we couldn’t stop playing this incredible game. Finally, the ban was lifted and leagues started to form and national teams became official. Then other women became a bit braver, or didn’t care what others thought and joined us. We love the game so much we even coach others to play it and referee it too. Bit by bit TV channels decided they’d like to screen games and now our daughters, nieces, cousins, have started to play too. Isn’t it wonderful?’

Author: Joanne Stuckey is a coach from the UK who is now Football coach to U6 – U17’s  in Fortaleza, Brasil as a volunteer.