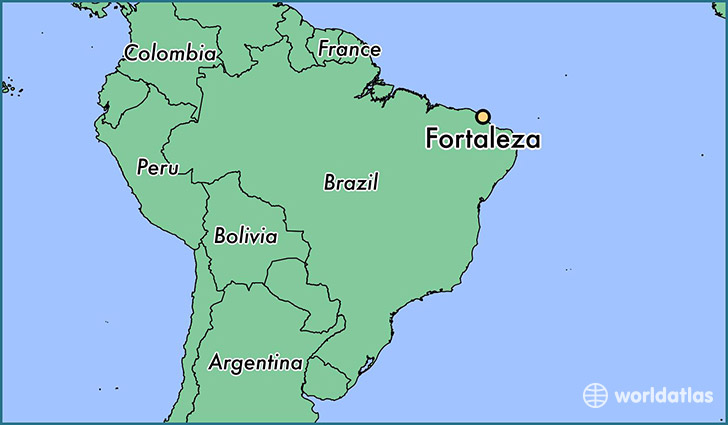 Yesterday was horrid. I knew I wasn’t going to quit – that would be rash and unnecessary, but there was a reaction inside of me that was a mixture of despondency, disappointment, failure and frustration. My own limitations had a lot to do with it, maybe my character as well, but by enlarge, the behaviour of my players was tantamount.

Let me give you a little background information before I continue: I’m a voluntary football coach from England, helping to coach young boys in Brazil. Every week I help out with the U17 and U15 sessions, but my input is limited; partly due to the strength of the head coach and the strong relationships he has with the teenagers and partly due to my level of Portuguese not quite being adequate enough. Add into that I’m rather a timid character, and – dare I say – the fact that I’m the only female in this set up, also had an influence.

Yesterday, the head coach (who is very supportive of what I do) was on holiday. The idea was that 1 of the senior boys who is studying Physical Education would lead the training session and I would support and input if needed. When I arrived, this young man was not leading, but another part-time voluntary coach had showed up and was in charge. I was relieved at this and was happy to support him. But then due to a misunderstanding (or misinterpretation on my part) I was left in sole charge the U15’s when the age groups were split.  It didn’t start well.

This other coach was engrossed in explaining his activity with the older boys, whilst I stood on the to the side watching my group kick cross-field passes to each other. I anticipated that the coach would soon come over and explain what it was that he wanted me to do with the group…. Then I realised he was never going to come over, so I had to take charge and think on my feet. 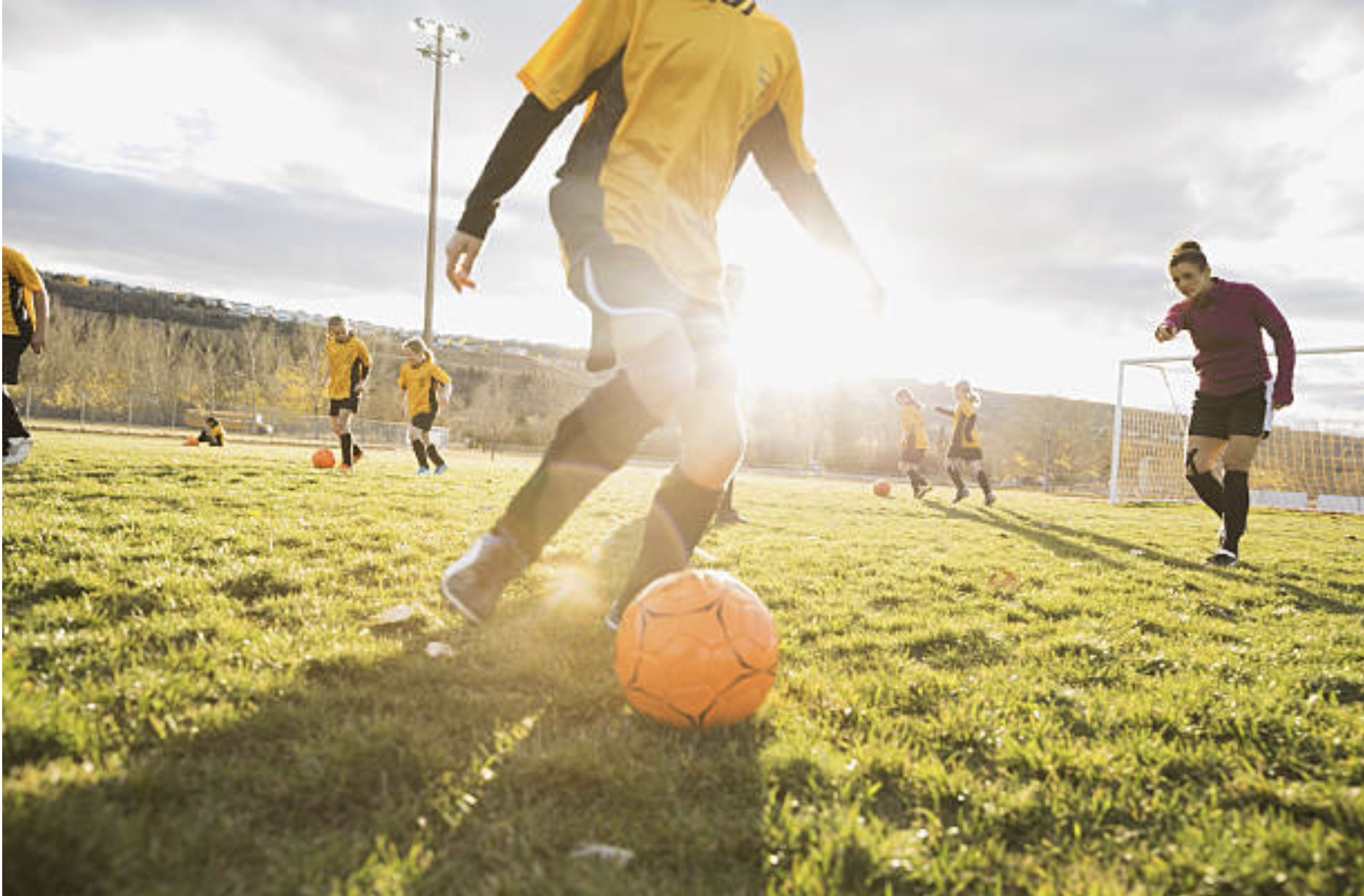 I blew my whistle and called them over as best as I knew how in Portuguese. A couple of the boys stopped what they were doing, but then started again when the other boys carried on with their passing.

I tried again. Then again. Hmm. My Portuguese was right. They were choosing to ignore me and eventually, grudgingly came over.

I could sense their disappointment. They didn’t want me to lead them, yet I’m with them every week. I did my best to explain the activity I had in mind – something fun yet game related that would then progress to be more dynamic.

Wrong tactic. Starting with something fun was a mistake. I soon had a group of screaming and giggling boys who had suddenly regressed to being like little children. I stopped them a couple of times to explain again. It was incredibly frustrating not being able to communicate my intentions clearly, or assert my authority with the right choice of words.

Authority. That’s another thing that was lacking. The head coach is an alpha male type of guy. He takes charge (in a loving way) and is like a father-figure to a lot of the boys. Bear in mind, this is a community football project that is free for the boys to attend, run and funded by a few volunteers. If I then told you that a few weeks ago one of our squad was shot dead to a drugs gang, it would add some clarity as to the character of some of the boys. A father-figure is often lacking in their lives, so as a female, I simply cannot offer that. For sure there is an element of pastoral care with our project, but during training we are there to play and develop their football skills, which is something I can do: if only they would listen!

Things got worse. I tried to explain the progression that was going to develop the activity, but the boys were talking over me, talking to each other, watching the other group, passing the football around and to top it off, one of them tried to take over and start telling me what we should do next.  It seemed like they thought I didn’t know what I was doing.

Feelings of inadequacy rose within me. I knew for a fact that there was no way they would be behaving like this if the head coach was present. I also knew they would behave differently if a man was training them.

Now don’t be misled. My feelings of inadequacy were only slightly fuelled by my gender. More so, the language barrier was the biggest challenge. If only I could explain my intentions fully, then things would be better. Mixed with this was my own lack of preparation and wrong expectation that others would be leading. To be honest, if I could have walked off, I would have, but I had no option but to continue. I took charge over the wanna-be-leader (16 years of teaching in Primary School affords me some knowledge of how to deal with problematic children!), and explained the progression again. But this boy’s reaction was to walk off and sulk!

I sighed heavily. Could things get any worse? Yes.

The planed progression failed miserably. The boys either didn’t understand me or chose to ignore me, but they were not playing seriously or even trying to do what I’d asked and had resorted back to shouting and being silly. I glanced across at the other group. They were playing in near silence, everyone paying attention to the coach when he spoke. I gave my group a couple of minutes longer before I got angry. I called them over, which again didn’t gain an immediate response. I firmly stated the obvious (in Portuguese): “I know my Portuguese is not good and obviously I’m female, but I’m here to do my best and train you. If you don’t want that, then feel free to leave and go and play football on the street; seriously, go! We have an important game on Saturday right? So let’s work together and be prepared.”

They listened to me in silence for the first time and a few nodded their heads in agreement. Afterwards, the wanna-be-leader was the only one to come over and say sorry – twice!

Did things turn around? A bit. They still had their moments of not being serious and doing things they wouldn’t ordinarily do and at the end I was ready to run off as quickly as possible in utter frustration. But I saw the session through.  I felt so despondent afterwards. This was by far my worst experience as a female coach because my gender played a role in the misbehaviour of my players. I wasn’t good enough for them, and that hurt. They don’t understand the sacrifices I’ve made or my reasons for being there to train them; they don’t need to know. Plus, I shouldn’t have to explain myself. Would a man have to do that in my situation? I doubt it.

My biggest frustration in all of this is the language barrier; I simply have to become better at speaking and communicating clearly. Perhaps I also need to learn to impose my authority in a better way. Is that something other female coaches have to do in an all-male environment; is my character too nice or gentle?

Whatever the answers are, I need to put this behind me. There is another session tomorrow.

Author: Joanne Stuckey is a football coach from Luton, England who volunteers in Brazil.  Joanne has been a blogger for the FCN since 2015 and continues to share her stories and thoughts on coaching as a woman, her thoughts on women’s sports and her journey in Brazil.