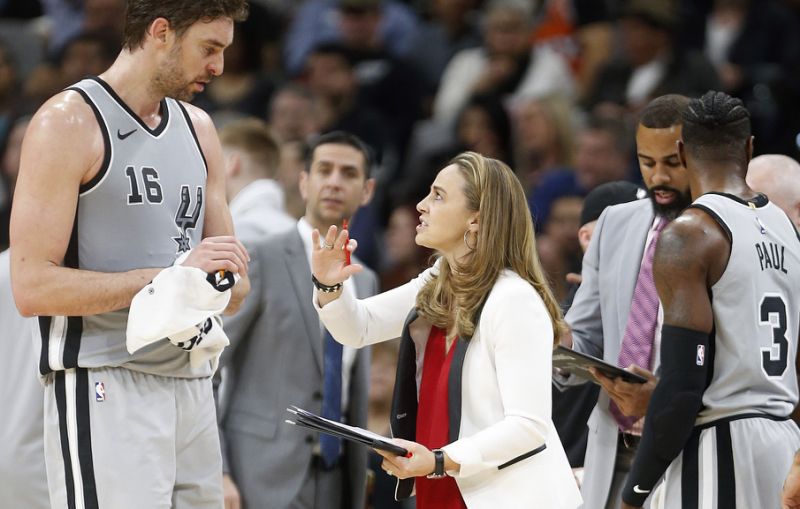 Over the last couple of years, Men’s Pro Sport’s in the U.S. have opened their doors to female coaches, with constant rumours and articles written about the possibility of a female coach heading up a men’s team very soon.

The NBA has welcomed a number of coaches including Nancy Lieberman, Natalie Nakase, Becky Hammon, Chastity Mevin and Kristi Toliver who have taken on assistant roles, and even Head Coaching Roles in the NBA Summer league.

Take a look at profiles of some of these women HERE

The NFL currently has a host of female coaches ranging from interns, Strength & Conditioning Coaches, Assistant Coaches, you name it, the NFL has it.  Thanks to the determination of the coaches and the support of Sam Rapoport (NFL Senior Director) and her ‘Women’s Careers in Football Forum‘ coaches such as Jennifer King, Lori Locust, and phoebe Schecter are excelling in their coaching careers.

The MLB, MSL and NHL are laggin behind, but it just goes to show that with open minds, belief and hard work…the best coaches really do get the jobs…

And yet, in the U.K, women in professional men’s sports is at zero.  There are no female coaches in men’s professional soccer / football, none in Rugby, none in Cricket, none in Tennis

Casey Stoney – current Head Coach of Manchester United Women says this about the idea of a female coach in men’s pro football:

“I can’t see it in my lifetime. I think society isn’t even ready for it let alone football and football is behind society,”