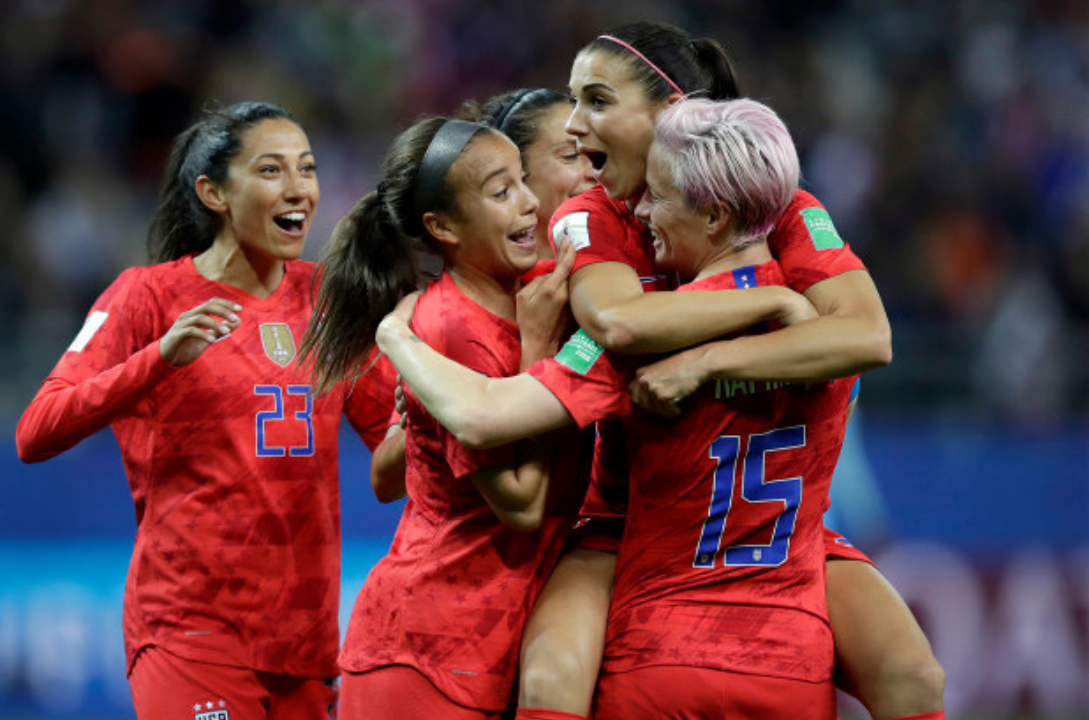 Written by Kieran Pender for the Telegraph – 13th July 2019

Lavelle’s coaches knew this because, in France, the American team deployed an unprecedented programme to minimise the adverse performance impact of the menstrual cycle. In their search for marginal gains, the team contracted an expert consultant to provide research-based insight on the next frontier in sports science.

“One emerging issue in women’s sport is the menstrual cycle and its impact on performance, player health and injury risk,” explains Dawn Scott, the USWNT’s fitness coach, exclusively to The Telegraph. “I’ve known about these effects, the research, for a long time – but working with 23 players, I had always struggled to know how to accurately monitor that and how to individualise strategies for players.”

Scott, a Brit, joined US Soccer in 2010 after almost a decade with the FA. She arrived expecting a sophisticated sports science programme given the United States’ position at the forefront of women’s football – at the time they had already won two World Cups. Instead, she found a blank canvas. “In some ways I was lucky because there was very little in place,” Scott says. “I was starting from scratch.”

The team were soon introduced to heart-rate and GPS tracking at training, added emphasis on recovery and new nutrition and hydration programmes. But after monitoring players’ periods since 2016, last year Scott decided a more advanced approach was needed. She sought additional funding from US Soccer, and brought in Dr Georgie Bruinvels from leading sports consultancy Orreco, who had just launched an initiative aimed at optimising performance among female athletes.

“Historically, players didn’t talk about their periods with coaches and support staff,” says Bruinvels. So the duo had the American national team undertake a detailed survey about their cycle and associated symptoms, and began monitoring players with the help of Orreco’s app, FitrWoman. “We then had the average cycle and duration for each player,” says Scott. “We could check when each player had symptoms at different phases of the cycle.”

Research – including Bruinvels’ doctorate – had demonstrated the adverse performance impact of various phases of the menstrual cycle. “Both from a research perspective and anecdotally, the pre-menstrual and during-menstruation phase are the worst – when hormones decline and are at their lowest level,” says Bruinvels.

But with a comprehensive understanding of each player’s cycle and related medical indicators, Bruinvels and Scott were able to develop strategies to minimise the performance impact – adjusting diets, sleeping habits, lifestyle factors and training loads for each player. “It empowered them to be proactive,” suggests Bruinvels. “There’s no evidence that someone can’t perform to their best at any time in their cycle – if they are proactive about taking steps.”

High-performance teams are notoriously tight-lipped about their sports science innovations, eager to retain the edge over competitors. But the United States team opted for transparency surrounding this initiative in the hope that it encourages more teams to take the issue seriously, and has a broader impact beyond the confines of professional sport.

“We want to end the taboo,” says Scott. “At the elite level, but also for teenage girls. They should feel comfortable talking about this with their coaches.” Bruinvels admits that awareness and improved education are key motivations for her work. “Often we are afraid of discussing this because we don’t really understand it,” she says. “I feel particularly for male coaches, who wonder how they would start this discussion.”

Scott and her colleagues have delivered education sessions about minimising the performance impact of the menstrual cycle for each of the nine National Women’s Soccer League teams, while Bruinvels has consulted with clients in the United Kingdom, New Zealand and the United States.

For a dominant national team like the United States, there is a risk of scepticism about the need for new innovations. But, says Scott, the 23 players wholeheartedly embraced the programme. “This team doesn’t need to be motivated – they want to get better every single day,” she says.

Where players were in their cycle during the tournament became a running joke. Some posed for photos doing the peace sign to indicate the second phase; one sent Bruinvels a message: “Phase four [where the impact can be significant] – we don’t care anymore.”

Did this innovation help the United States to their fourth World Cup? “Was it the ultimate recipe for success – who knows,” says Scott. “Was it one of a hundred helpful things we did, yes – and for me, it had a big impact.”

She points to Lavelle, who played exceptionally in Sunday’s final despite being pre-menstrual. “Rose showed that, although the menstrual cycle might impact performance, you can limit those effects through diet, nutrition, recovery and sleep,” says Scott. “World Cup medals have been won by players at disruptive phases of their menstrual cycle. For me, it is about being diligent.”