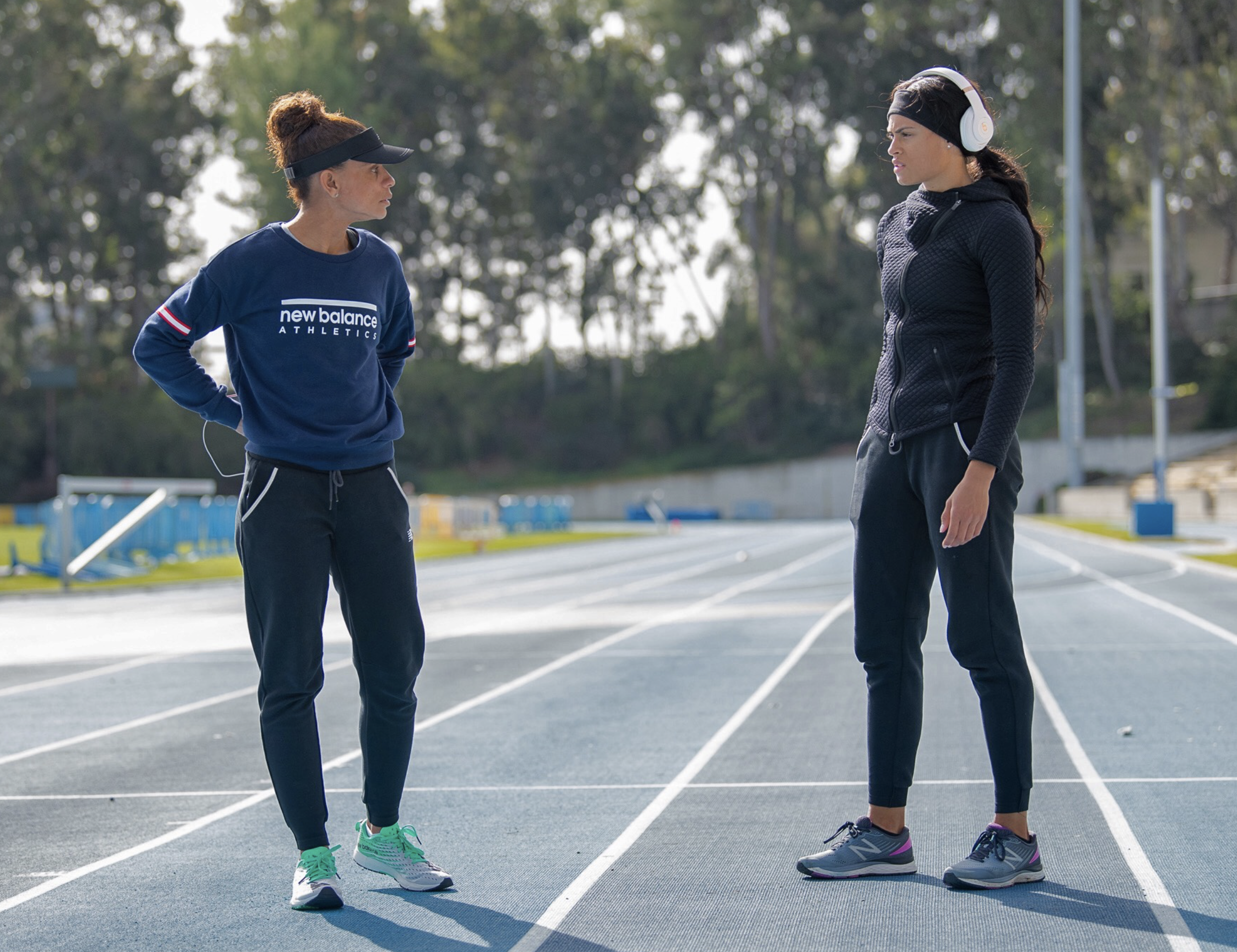 The last 10 months have been a whirlwind for Coach and Athlete Joanna Hayes and Sydney McLaughlin.  At only 19 years old, Sydney turned pro in November 2018, when she joined her now coach Joanna.

After an incredible high school career and winning the NCAA Championship in her first year at college, Sydney took the decision to forego the rest of college and turn pro.

In her first professional season, Sydney and Joanna have travelled the World, competing everywhere from Shanghai to Zürich and now enter their first World Championships together in Doha from 27th September – 6th October 2019.

In our recent interview with Joanna, we asked her how, as Sydney’s Coach, she ensures to keep the pressure off Sydney’s shoulders:

“It has been a whirlwind! She went Pro at 19 and yet there are all these major expectations on her from around the World! Everyone is looking at her, she has a massive social media following, everyone has their own opinions about what she should be doing and how fast she should be running, etc etc. So when I decided to coach her, the main aim was to keep the pressure off her as much as we can in year one. There is going to be pressure, of course, but I don’t want to put any on her. The expectations I have given her is just to do her best and believe in herself.

This year, she didn’t have to do anything, she is a rookie! But she has had a phenomenal year!

My goal for Sydney was to become consistent, and she has, she has gotten consistently faster each race so far this year.” 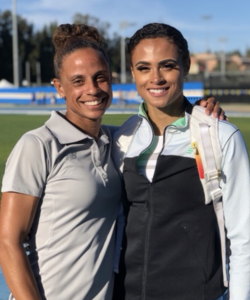 On top of managing her athletes pressures, Joanna herself has had to adapt to becoming an International Pro coach.  With two young girls and a husband at home, we asked Joanna how she has managed going from full time college coach, to supporting her pro athlete on tour:

“The travelling I do now is further in distance, but it’s not as consuming…college was indoor season, then outdoor season back to back to back. And now I am my own boss, so I can take my kids with me!

This summer I took them on a 12 day trip to Marseille, Paris and Monaco! Not many 6 and 8 year old kids can say they have done that! And they will be coming to Doha with me! They may not understand yet, but I know how fortunate they are and how fortunate I am to do what I love and to be able to include my daughters. So, for me, it’s been a pretty seamless transition. I enjoyed my time as an athlete, as an ambassador and the relationships I cultivated have carried through my life. I love being back and being part of athletics again in this capacity!”

After successful full season together, the year ends in Doha at the IAAF World Championships starting on the 27th September and ending on the 6th October – a very long season for the international athletes this year!

Joanna will be joining Sydney in Doha, a coach at her first World Championships, but as an international athlete in the 90’s and early 2000’s, Joanna is well versed in major championships.

“I am really excited for the World Championships! It’s my first one as a Coach. I have been to them as an athlete and as an Ambassador with the IAAF, but not as a coach. I am going to be nervous! The athletes are ready, they are excited, I am excited it’s going to be great!”

Sydney”s timetable in Doha at the World Championships