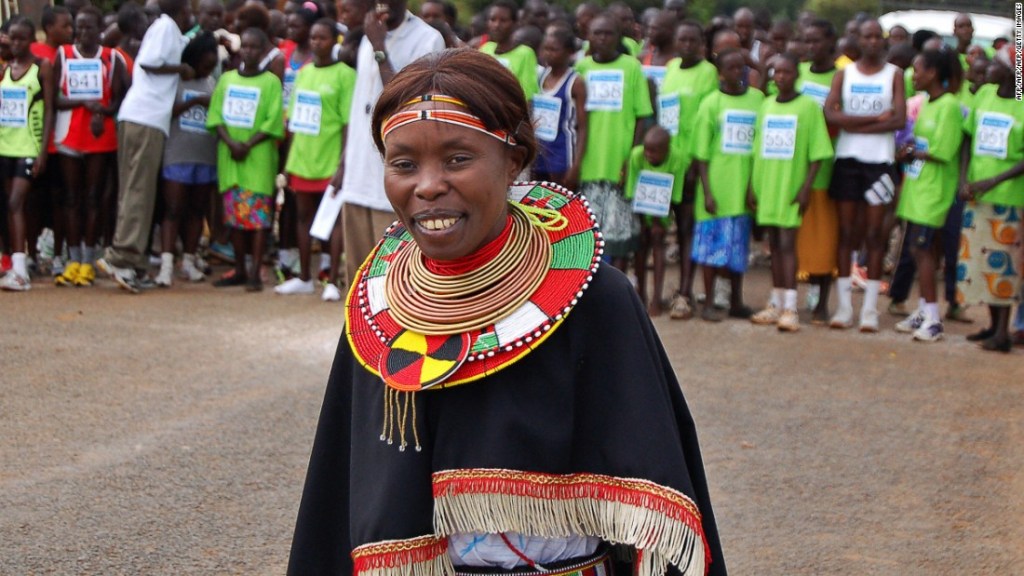 Tegla Loroupe is the incredible woman behind the Athlete Refugee Team who will be competing at the IAAF World Athletics Championships in Doha.

Tegla, a former Marathon World Record holder and Half-Marathon World Champion, formed the Tegla Loroupe Peace Foundation in 2003. From the foundation’s work in promoting peace through sports in refugee camps in Kenya, it was discovered that there were very many talented athletes in the camp but they had no options to further their careers.

Tegla therefore decided to speak with Thomas Bach, The President of the International Olympic Committee, about the possibility of creating a refugee team, as a joint initiative with the United Nations Refugee Agency. This led to the establishment of a training centre for refugee athletes in Ngong (within the outskirts of Nairobi), and five of the refugee athletes from South Sudan made it to the Refugee Olympic Team in Rio.

Since then, thanks to Tegla, refugees have also competed at the Asian Games, Martial Arts Games and now the IAAF World Championships in Doha.

The Refugee Team Athletes competing at the IAAF World Championships are:

The Tegla Loroupe Peace Foundation is a charitable organization that focuses on restoring peace and fostering economic empowerment among pastoralists. It was established in 2003 and focuses on rebuilding social relations and induce trust among the warring communities, showcase sports as an alternative economic livelihood factor, increase awareness on the girl child rights, foster education, champion for peace and change the perception of pastoralists towards cattle raiding as a form of livelihood.

With a Vision of ‘A Peaceful, Prosperous and Just World in which Sports is a Unifying factor’, the Foundation’s goal is to restore peace among warring pastoralists through sports and create a difference in the lives of the less privileged.