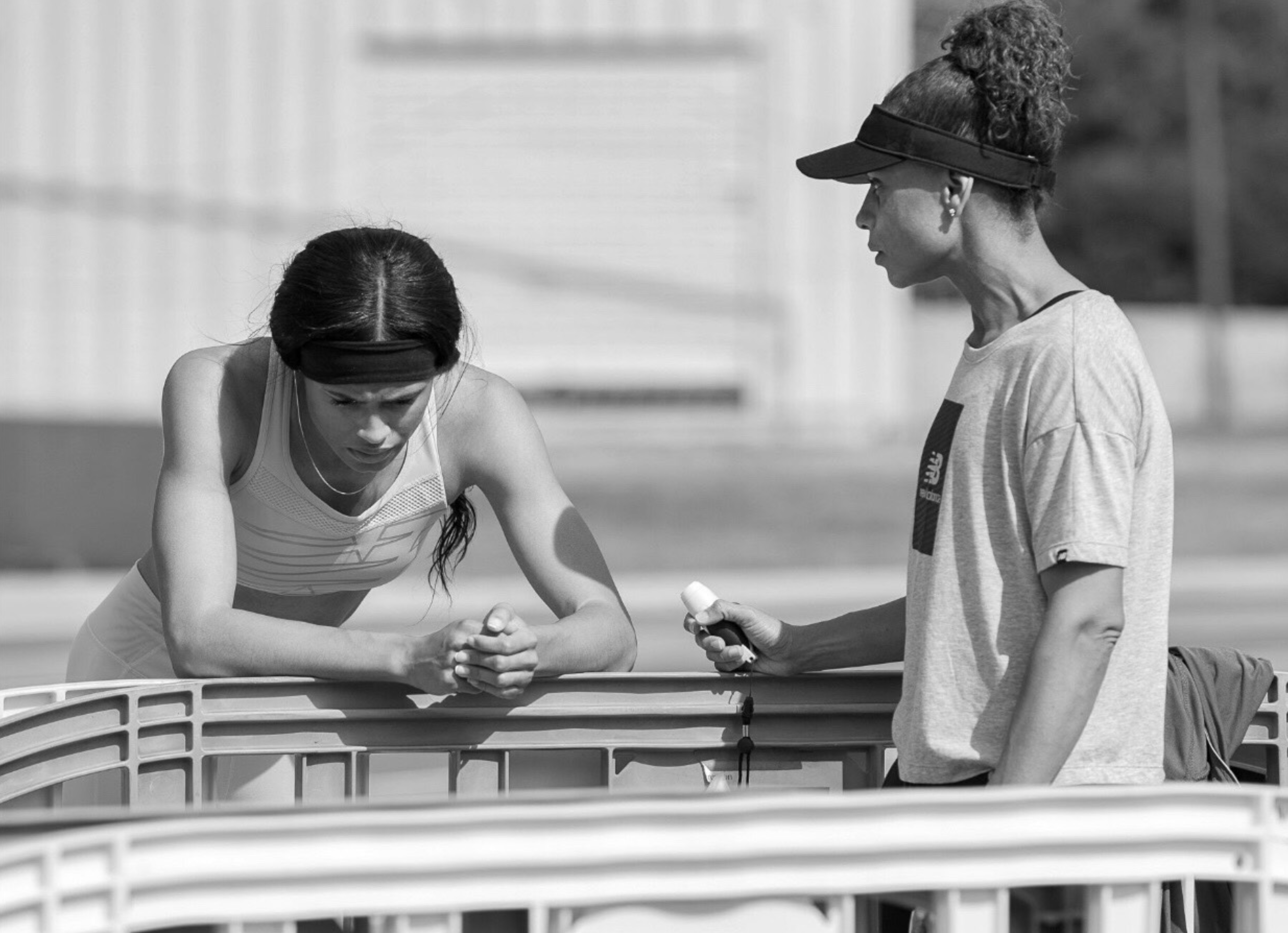 27th September – 6th October 2019 sees the 17th edition of the IAAF World Athletics Championships take place in Doha.  The Championships comes second only to the Olympic Games and will see the best athletes in the World compete in Track & Field over the 10 days. 2,043 athletes from 210 countries will be competing for 72 medals in 24 events.

As with most sports at this level, female coaches are scarce.  It’s a difficult percentage to accurately measure in Track & Field, as hunting down athletes personal coaches is a tough job, but we estimate that only 2% of athletes at the Championships have a female coach.

We asked one of the coaches in that 2% what she thought about why there are so few women coaching at that level:

“I think there are a lot of reasons for a lack of women coaches. I think one of the main reasons is family. As women, we are the natural care-giver, we are the ones that take care of our kid’s everyday needs, so at times we don’t want to step away from that. You also have to have the right partner who supports you, and you have to believe that you can do both. As mothers, we want to do everything, but sometimes it really is too much to do.

I don’t know what the numbers are in the collegiate system and I can’t imagine they are too much higher than the number of women on the international circuit, but from my experience, coaching at Collegiate level is more work – but it is more stable. Every month you know what the pay-check is going to be, you have insurance, benefits etc.

Add to that, as women, we’ve grown up watching male sports, with male coaches, so to many athletes, it’s natural to have a male coach and a lot of them haven’t even thought about being with a female coach. The more women are seen doing it and the more they are seen to be succeeding in it, the more others will want to do it. I hope that women believe they can do it. Knowledge is not gender based! We can all learn the sport!

I have never had experience of not being welcomed, but I know that a lot of other women have been made to feel unwelcome. I had a female coach at college – Jeanette Bolden, so I knew it was possible for me to do. I have never doubted that I could be a coach because of that. Not everyone has those role models that are women, so not everyone sees it as possible. I would love to see more women coaches!

I know there have been kids that have turned down certain collegiate opportunities because the coach was a woman. The more we have women coaching at the youth and high school level as the more comfortable they will be having female coaches in college and post collegiate/professional level as well.

We have a need for women coaches all over the place! I am Sydney’s first female coach, and some people may have doubted her decision in coming to me, but I think it was a good decision for her. It was the right time for her to be with a female coach.

Society perceives us as nurturers and care givers, not hardcore coaches!”