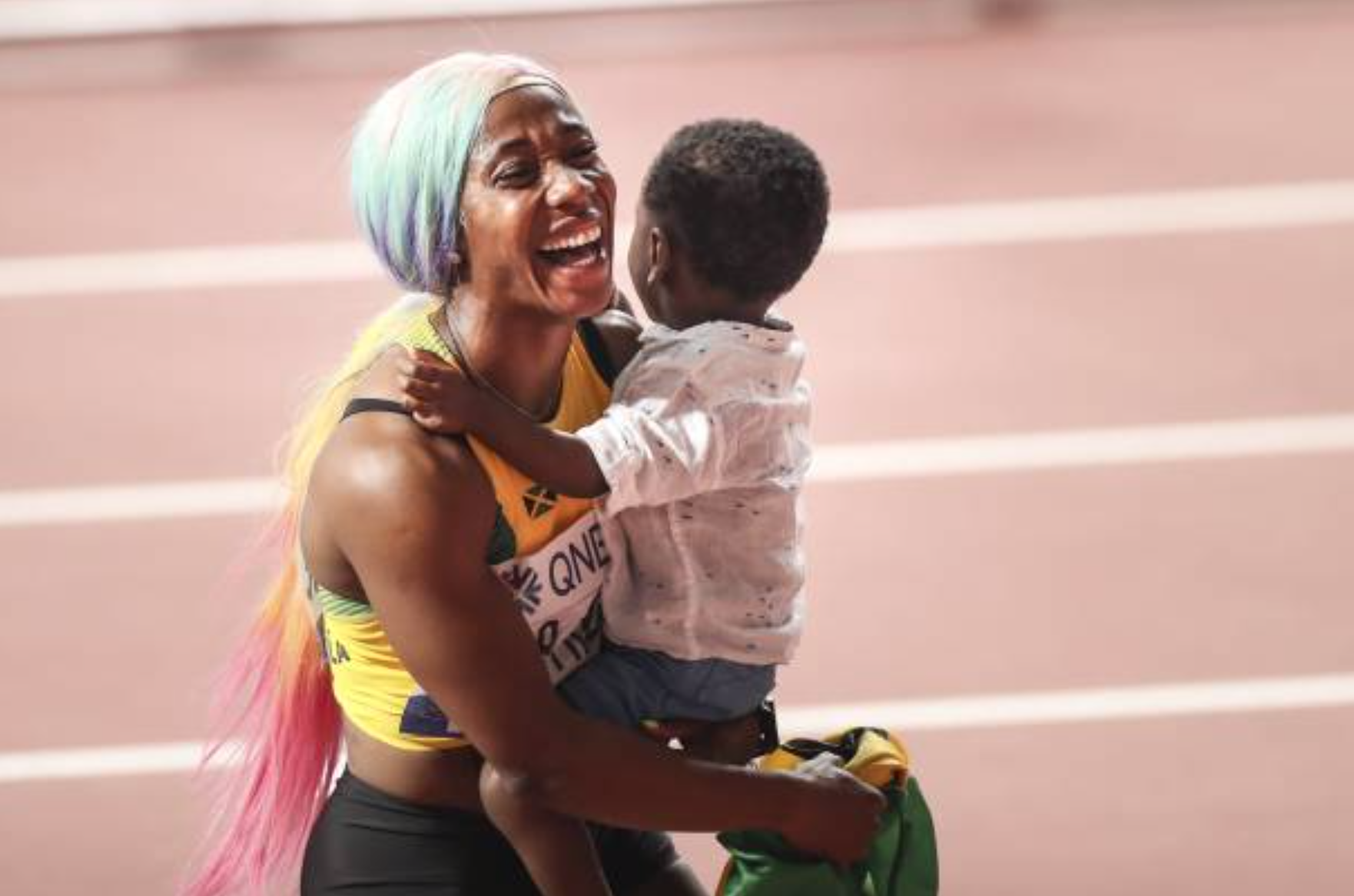 On day 3 of the World Athletics Championships, three women from three completely different corners of the Globe made history.  The 29th September 2019 saw Lui Hong from China taking Gold in the 50km Race-walk, Allyson Felix winning Gold for the USA in the 4 X 400m mixed relay and Shelly-Ann Fraser-Pryce storming to Gold in the women’s 100m.

All 3 women became Mothers for the first time in the last 2 years.

Female athletes returning after giving birth is nothing new.  Liz McColgan returned in August 1991 after having daughter Eilish McColgan in November 1990, winning the 10,000m at the World Championships, Serena Williams returned to tennis after only 8 months reaching 4 Grand Slam finals in a year and Candace Parker, the WNBA superstar returned going on to win a number of major basketball Championships.

At one time, cases of mothers returning to the top of competitive sport were rare, but what the World Championships have already shown us is that this once unthinkable prospect is now the norm.

In her post race interview with the BBC after winning the 100m World Title [for the 3rd time] Shelly-Ann Fraser-Pryce, holding her young son close to her said:

Shelly-Ann Fraser-Pryce is the #MondayMotivation we all need! ?#Doha19 #WorldAthleticsChamps pic.twitter.com/Hn32P7xEqa

Will all this make a difference for female coaches?

In research we conducted in 2018 in partnership with Leeds Beckett University about the well-being of coaches, 76% of the female coaches we asked did not have children.  Having a family is often cited as a reason for the drop off of female coaches at the higher ends of sport, due to the increasing demands of time, travel and energy.

But will the achievements of athletes such as Shelly-Ann Fraser Pryce and Lui Hong make a difference for the way mothers view coaching?

Over the last few years, we have interviewed a number of women who are coaches and mothers, and asked for their tips, advice and anecdotes on how they have managed both:

Coach to Sydney McLaughlin, the 400m Hurdle superstar racing for USA at the Championships said in a recent interview with us:

“Now I am my own boss, so I can take my kids with me!  This summer I took them on a 12 day trip to Marseille, Paris and Monaco! Not many 6 and 8 year old kids can say they have done that! And they will be coming to Doha with me! They may not understand yet, but I know how fortunate they are and how fortunate I am to do what I love and to be able to include my daughters.” 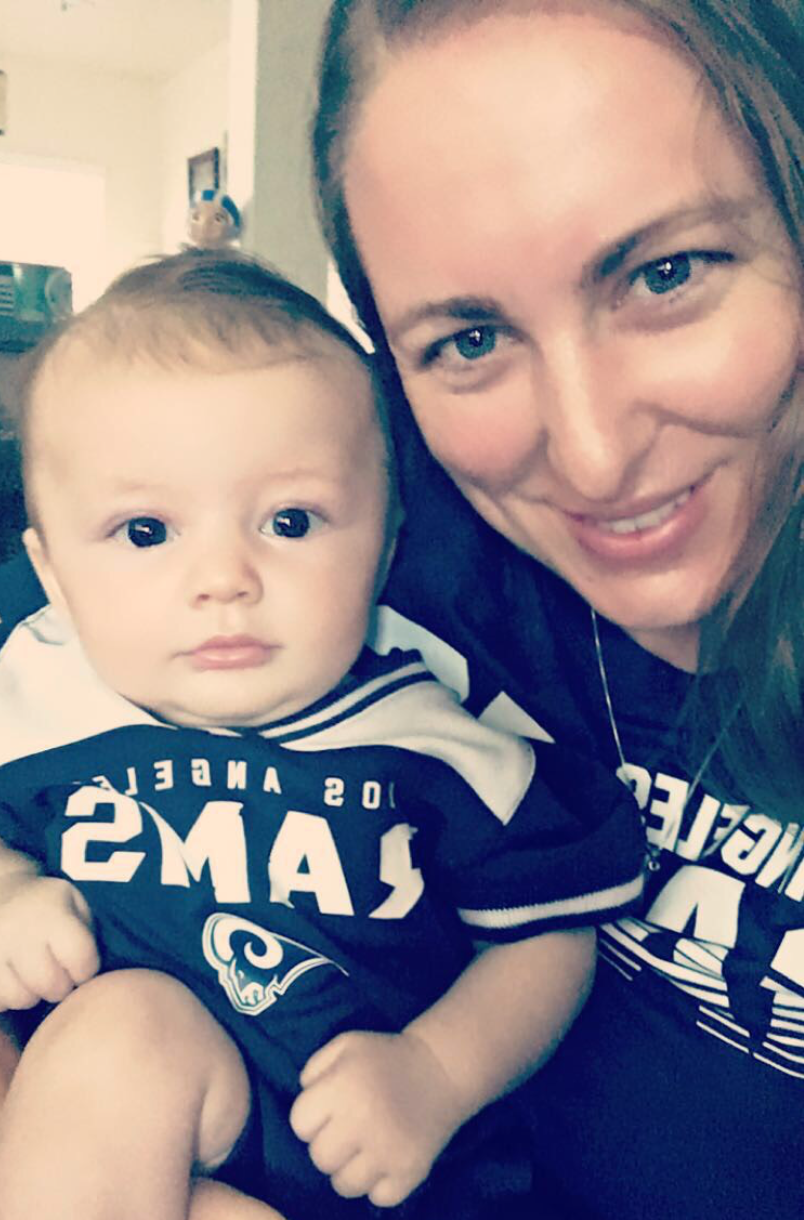 Strength and Conditioning coach who has worked with the NFL Team L.A. Rams returned to work 4 weeks after giving birth:

“I was of course thinking about my son whilst I was at training camp, but my husband had an awesome idea of helping to alleviate the worry. He got me an Apple Watch so he would text me updates like ‘he’s sleeping right now’, or ‘he’s eating right now’. I could be running around coaching and simply look at my watch which would then stop me worrying.”

Director of Track & Field/Cross Country at Radford University wrote in her post about coaching post-partum:

“Then my baby was born.  Then I so desperately wanted to stay home and not return to work.  I wanted to savor every moment with both of my daughters.  They were growing up so fast, even the newborn, and I was afraid I was going to miss a moment I would never get back.  Then I remembered someone telling me once that I could not be a good mother and a good coach at the same time.  So, I pondered this statement and reflected on it during my maternity leave.  I came to the conclusion that yes, I could.  Even if I missed moments in my two (out of three) greatest loves, they each made me better at both roles in unique ways.”

Perhaps times are changing.  The time when, as women, 30 felt over the hill to compete, having a child meant you had to stop your career and coaching meant you had to chose.  Thanks to incredible women like Shelly-Ann Fraser, maybe we really can have it all.