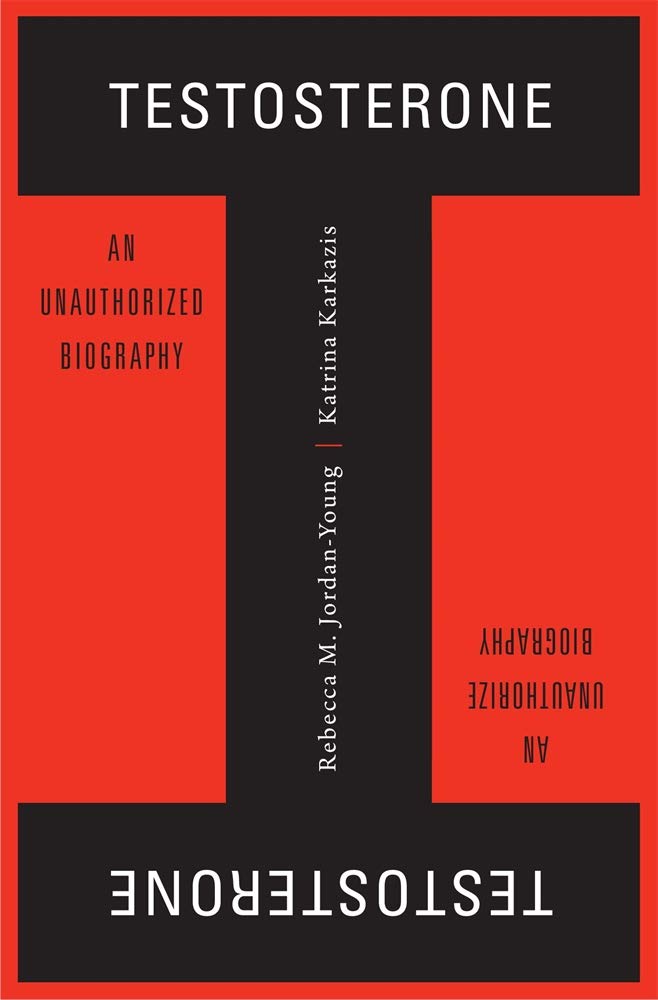 Wow.  This is an incredibly thought provoking book.  Testosterone, An Unauthorised Biography written by Sociomedical Scientist Rebecca M. Jordan-Young and Cultural Anthropologist Katrina Karkazis is an eye opening account into how we as a society have blurred scientific facts with cultural assumptions.

“T is at once a specific molecule and a mercurial cultural figure – a familiar villain and attractive bad boy that supplies a ready explanation for innumerable social phenomena.”

I found the book very interesting and educational in my own understanding of testosterone and the assumptions I have made as a coach in the past.  Having made the point early in the book that even from the very beginning of testosterone research, results were purposely skewed to fit societies want to discover what made men men and what made women women, the book addresses the issues that are caused when testosterone is used as a rational explanation for behaviours such as aggression, anti-social behaviour and even discrimination.

Broken up into 7 areas of narrative of testosterone, Rebecca and Katrina focus on topics including violence, power, risk taking, and the one that interested me the most – athleticism.

“We show how some common conclusions about T and athleticism are created by erasing the detail in the research.”

The authors journey into researching testosterone linked with athleticism began during the 2012 Olympic Games when both Rebecca and Katrina had conversations with two experts with completely opposing views.  One expert was in the field of behavioural endocrinology, and the other with an Olympic official whose job it was to set new regulations in place around levels of testosterone with female athletes.  One believed the new regulations made no sense, the other was convinced it made every sense.

If we take a step back and look at the current discussion around the levels of testosterone of athletes in sport, I think we can all admit it has become toxic.  Many people loudly declaring their views on social media seem to think they are experts in endocrinology and a handful of former athletes have somehow achieved Phd’s in genetics over night…the generalisations and assumptions being made are astounding.

I have my own views about this discussion and I’d be happy to share them with anyone who asks (email me at info@femalecoachingnetwork.com), but I will always admit I do not know enough about it to be set in my ways.  And I think that’s the point this book is making – we don’t know enough about it, but we assume we do.

When discussing the topic of Testosterone (T) and what makes a female athlete a ‘female’ – do we even know what type of testosterone we are talking about?  Do we know there is such as thing as ‘total T’, ‘free T’, ‘bound and unbound T’, ‘bioavailable T’, ‘T in blood’, ‘T in saliva’, ‘T in urine’, ‘baseline T’ and ‘reactive T’.  Do you even know which T you are referring to when you say an athlete has too much of it?

And with that, we have forgotten what and who is at heart of the discussion…the athletes whose lives are being destroyed in very public ways because in-compassionate and frankly, uneducated decision makers and influencers in sport make sure their voices are heard the loudest.  The truth of the matter is, with these assumptions and mis-education, we are destroying people lives.

And let’s be honest, we aren’t angry at the athletes, we are angry at the governing bodies.  The decisions they have made so adamantly, based on unproven and skewed research “to justify exclusions and interventions against specific people, bodily, psychic and economic and social harms that are both profound and impossible to fully asses”.

I urge you, whatever your current views are about levels of testosterone in sport, please read this book with an open mind.  Remember, that as a society, historically we have been manipulated to believe whatever those in charge wants us to believe.

I will leave the last word of my review to the authors:

“We hope to have shaken up not simply thinking about the hormone itself, but how ideas about T are used in the world to gloss entrenched social inequalities and to punt social concerns back to biology.”