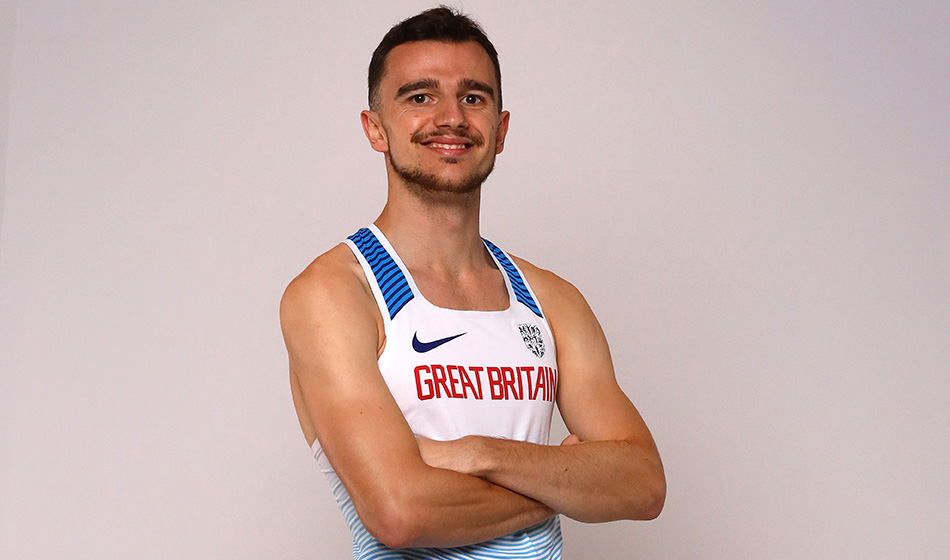 This time last year, Chris McAlister was ranked 7th in the UK for the 400m hurdles. Competing at the World Championships in Doha was what he describes as a “pipe dream”.

But just 12 months later, Chris is reflecting on his best-ever season in which he knocked more than a second off his PB and reached the semi-finals of the World Championships in what is arguably one of the most competitive events on the circuit.

“I have always been hopeful that a big drop in my times would come, but I didn’t know what I was fully capable of until about July of this year”, the 23-year-old admits. It was in July that he dipped under 50 seconds for the first time, at a meeting in Switzerland.

To coin a phrase, Chris has really found his stride this season and credits improvements in his speed endurance, hurdles technique and overall flat speed. Enhancements to the physical aspects of his racing have helped him mentally, too. “I took a lot of confidence from race to race and found I was nailing my stride pattern most of the time”, he explains.

Improving as he was, Chris would still be forgiven for being overawed at his first ever World Championships and admits that at first he was overwhelmed by the big names in the squad. However, far from letting the situation intimidate him, he did everything he could to maximise his chances. He rehearsed the process he would have to take before his races, familiarising himself with the bus route and the warm-up environment and becoming comfortable around the stadium. “Nothing, however, could really prepare me for those call-room nerves”, he admits!

His diligence was rewarded with yet another PB in the semi-finals, ending his 2019 season with a time of 49.18 and on top of the UK rankings. Chris is however still taking learning points from the experience and says he learned things that he will take forward throughout his athletics career. “I will need to be a bit calmer for the first round of any future championships I qualify for. There were a few technical errors during the races themselves but I will be working on correcting those over the winter. I learned lessons from the experience, but I wouldn’t change anything – it was incredible”.

Whilst ultimately it is Chris who has put his body on the line this year and run faster than he ever has before, credit must of course also go to the support network around Chris – his girlfriend, colleagues, training group and coach Marina Armstrong, whose tutelage he has been under since 2013. 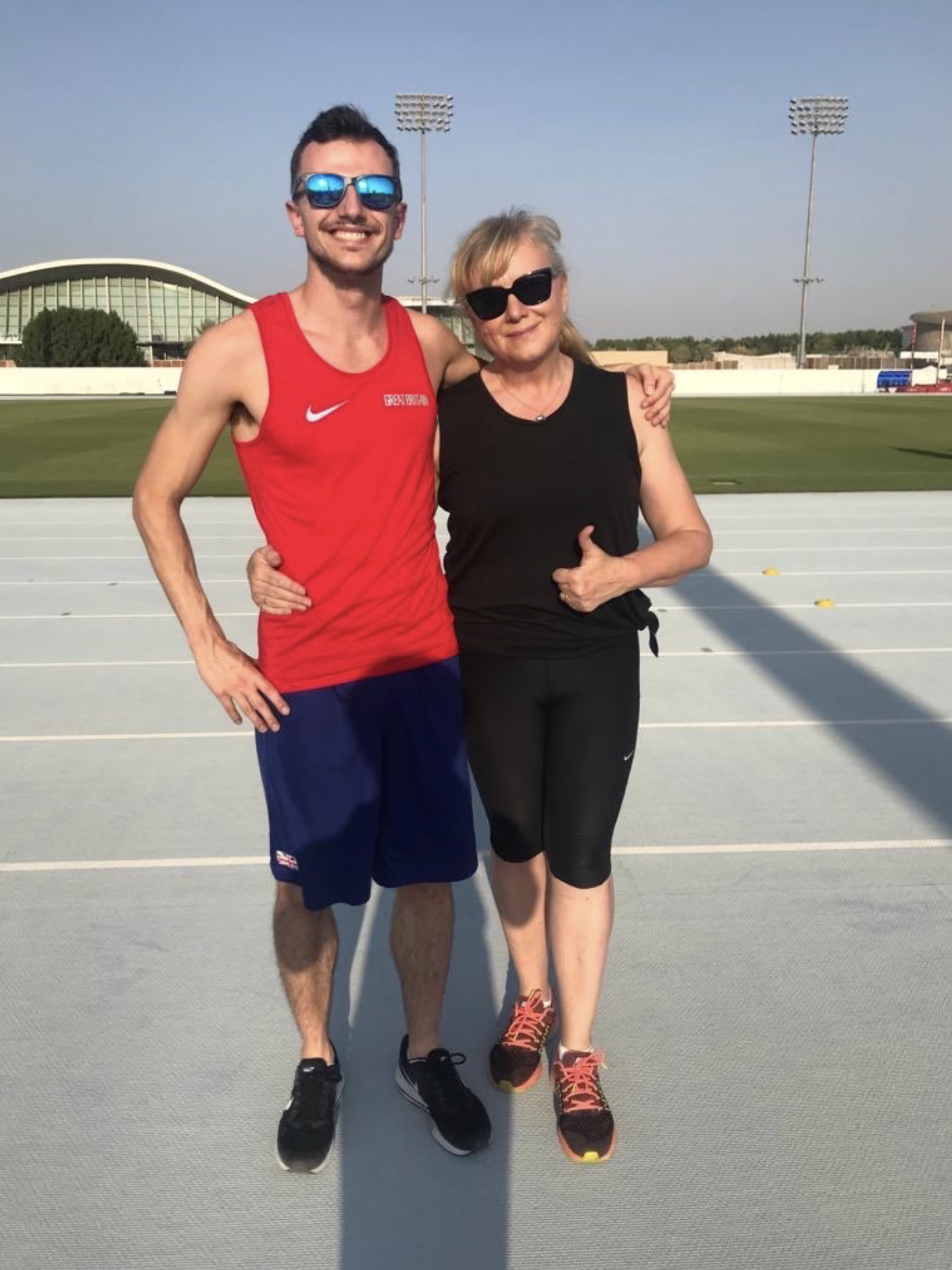 The group that Marina has built has adopted a flexible approach to training to fit in their work as personal trainers, teachers and Chris’s own role as a full time Civil Servant at the Department of Culture, Media and Sport – but Chris says him and his training partners think of Marina as “far more than a coach”. “She understands us. She understands our work pressures and our individual goals, but she pushes us to get the most out of ourselves”, he says of Marina, who the FCN interviewed in February 2017.

Whilst allowing flexibility around other commitments, Chris praises Marina for her “extremely detailed” approach to programming and training, which includes specific plans for mileage per session, individual drills, circuits, bespoke weight exercises and an emphasis on all-round conditioning. Marina achieved a Masters in Athletics in 1983 her athletes are benefitting hugely from her philosophy, which Chris says she has adopted from “some of the top coaches in the World”.

Their partnership is clearly working, despite the fact that Chris admits that he is not the easiest athlete to coach. “Sometimes I am stressed from work, and I get frustrated with myself when take a while to learn technical aspects. I find sometimes that my pacing is well off – so I’m extremely grateful to have her as a coach to calm me down or to push me harder when it’s needed!”.

Maybe surprisingly, given the fact that she guided Chris throughout his late-teens and on to Doha, Marina wasn’t present with him at the Championships because she couldn’t get accreditation for the track. Chris and his coach instead communicated via WhatsApp, with Marina providing last-minute cues and advice before each of his races. A member of the team GB staff (Nick Dakin) assisted Chris during his warm-up routines and helped him with setting up and moving hurdles as he prepped for the two biggest races of his life. The absence of Marina – who clearly has a calming influence – arguably makes Chris’s achievements and his ability to overcome the call room nerves all the more impressive.

On the subject of the team GB set up, Chris says that it was noticeable to him that the GB coaching staff in Doha were all male, and argues that we should be encouraging more women to get in to coaching: “there are examples where positive discrimination has been hugely successful in areas like sport and politics worldwide but maybe offering female-only coaching positions is a step too far at the moment. Instead, more funding for platforms such as the Female Coaching Network or female-only courses and development opportunities would make a big difference”.

In fact, Marina is very much an anomaly within UK track and field. Only around 2% of athletes in the UK top 100 rankings have a female coach – a fact which Chris is surprised by. “I train in Sutton where there are several other excellent female coaches operating including Lorna Boothe and Judy Vernon. I hope these female role models can encourage more women in to coaching – 2% is unbelievably low and has to change”.

We agree with Chris, which is why our goal is to be the catalyst for sustainable gender equality growth and retention in sports coaching.

To find out more about our goals within gender equality, visit our About Us Page 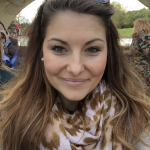 Author: Becki Hall is a life-long sports fan and has competed in track and field since the age of 11. She qualified as a personal trainer in 2016 and an athletics coach in 2019 after developing a love of sports coaching through working as a multi-sports coach on school holiday camps during her teenage years. She is passionate about encouraging female participation in sport and exercise, both in athletics and beyond. Becki works full-time as a marketing communications manager in the defence and aerospace industry and in her very little spare time still trains 5 times a week. When she is not competing at the weekends she is often found stood in the cold watching her partner play football or bemoaning her failed fantasy football team.