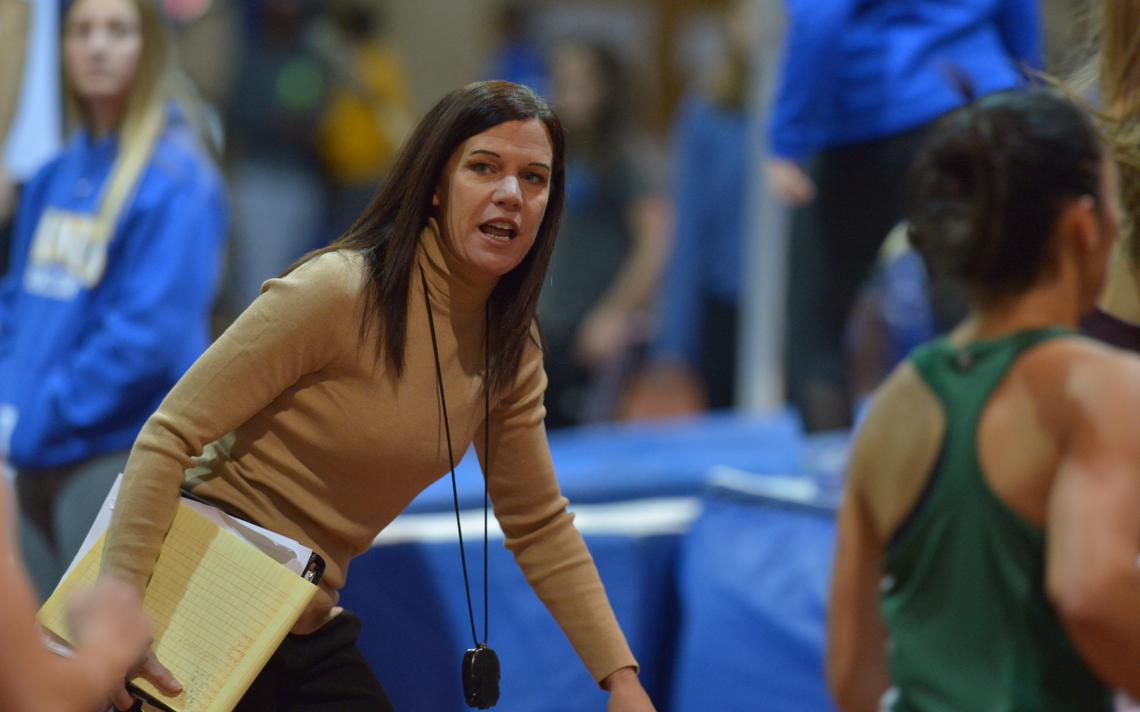 Multiple Violations of State and Federal Law Are Disclosed

Joanna Warmington, the most successful female coach in UMD women’s cross country and track and field history, has filed state and federal lawsuits against UMD and the University of Minnesota Board of Regents related to the unlawful termination of her employment on the cusp of the 2018 cross country season.

The state and federal claims include:

The factual background supporting the allegations were laid out in companion 60-page lawsuits filed in Minnesota State Court and in US Federal District Court yesterday and today, respectively.

“These lawsuits finally allow my voice to be heard, and for me to publicly reveal how the University misused its institutional power against me. I loved my job — it was my passion. I was forced to go along and get along for 10 years. But rather than take the necessary steps to address inequity, it was easier to replace me with someone who would remain quiet for fear of losing their job – just as I did.

The obvious timing of my dismissal should surprise no one — UMD had to wait for the conclusion of the Shannon Miller trial before they could act against me. That inequity continues today — only now the young women on my team do not have someone fighting on their behalf.

UMD administration could have simply chosen to not renew my contract. Instead, they chose to defame me and violate my due process rights in order to punish me for my knowledge of NCAA violations and raising with them the inequity of how my program and athletes were treated.

They then tried to silence me with the threat that the investigation’s findings would be publicly released if I did not sign a confidential settlement agreement — where they would coopt me to agree to waive my rights to bring future claims. I am not scared of what they will say about me – for both they and I know the truth.”

Among the many reasons these lawsuits have been filed is to call out the systematic failures within the University’s Equal Opportunity office. There is absolutely no due process during the investigation – fact finding is subjective, biased and incomplete – and there is no independent review or appeal right.

I understand the need for victim’s rights – but it should never occur at the expense of due process. Universities are not capable of meting out justice – institutional bias is too strong.”

The lawsuits outline the events leading up to Warmington’s being placed on leave, and the investigation that followed.

“My team was told by UMD that I chose to take a leave of absence, and then they were encouraged to speak to an investigator about me — why wouldn’t they feel I abandoned them without explanation, and why wouldn’t they be rightfully angry at me as a result?

I was initially promised to review the supposed evidence UMD had against me – a promise subsequently withdrawn. How can anyone defend themselves against allegations and evidence that is not disclosed to you?

Because the University investigation was conducted on the basis of the preponderance of evidence standard (rather than the more judicious clear and convincing standard), the finding that I violated the University’s harassment policy and would be ultimately terminated was a foregone conclusion.

It’s noteworthy that I was not even terminated for the initial reason I was placed on leave.

The University withheld my personnel records from me so that I could not mount an adequate defense. They denied access to my email account that contained exculpatory evidence, and then provided it in encrypted form.

Once I was finally able to decipher them, it was clear that the email records had been scrubbed of evidence favorable to me.

Had the University conducted a prudent, unbiased and thorough investigation, they would have discovered the inconvenient truth that the student athletes behind the complaints both created and were surrounded by a highly sexualized atmosphere.

The investigator’s inaccurate and inappropriate interpretations of my conduct would have paled in comparison to the evidence we have of the athletes’ behavior a daily basis.

Absent that perspective, the investigator failed to understand that UMD’s culture was neither unique nor unusual, and would have found even more egregious behavior – behavior that was both commonplace and unofficially condoned elsewhere.”

I dealt with sexual innuendo and harassment from fellow staff members and administrative staff on a daily basis — which is unfortunately part of being a woman in an everyday workplace.”

Among the complaining athletes was – thanks to Warmington’s coaching skill — a high-profile All-American athlete in both cross country and track, the beneficiary of a high profile donor to the Athletic Department, and female athletes of the year.

After requests for special treatment were rejected by Warmington, the co-captains initiated a campaign to oust Warmington. Those athletes and others, with direction and tacit support from UMD Athletic Department staff and coaches, proceeded to choreograph the events leading to Warmington’s leave – and once the investigation was launched, orchestrated how select witnesses would provide favorable evidence to ensure Warmington’s investigation would result in violations of University policy.

UMD rewarded the athletes by ensuring they received special treatment during the spring season, elevating them to coaching-level duties during Warmington’s leave in violation of NSIC and NCAA regulations, and rewarded them with various academic and athletic awards and positions.

Having previously mishandled the termination of UMD‘s women’s hockey coach Shannon Miller to the tune of a $3.74 Million judgement against the University in March 2018, Athletic Director Josh Berlo was fighting for his job.

Berlo was well aware of Warmington’s tireless fight on behalf of her program for equal treatment and funding, as well as her unequal pay relative to others at UMD and across the country.

After bowing to pressure from the athletes and undercutting Warmington, Berlo deferred to the University’s injudicious Equal Opportunity office to produce the fallacious report upon which Warmington could be constructively terminated.

UMD then ran out the clock over the course of the summer of 2018, keeping Warmington’s investigation alive in order to give the impression to returning and recruited athletes that Warmington would return.

This was done to reap the benefit of Warmington’s stellar recruiting skills to maintain the impression that incoming recruits would still run for Warmington, and to maintain the current team intact – both reasons contributing to UMD’s key objective: maintaining the Women’s Cross Country and Track and Field team at the participation levels necessary for Title IX purposes in support of men’s sports.

It was therefore not surprising that the Friday before the 2018 cross country season began Berlo and the University provided Warmington the untenable ultimatum to either enter into a resignation agreement that was egregious in its scope and effect, or in the alternative, be fired by the University.

The choice was made even more abhorrent by the direct threat that if Warmington did not sign the resignation settlement, the University would publicly disclose salacious – and patently false – details and allegations contained in the sham investigation that had served as the basis for her dismissal.

Warmington was not even provided an opportunity to review the University’s settlement proposal with an attorney, and her request for even a two day extension of time was summarily rejected by UMD.

Warmington then issued a very public – and rightfully scathing – resignation letter to counter the defamation she suffered at the hands of the disgruntled athletes, the University, and its “equal opportunity” office. Her termination was unjust and illegal, and her two lawsuits filed this week will prove that fact.

Warmington’s lawsuit follows on the heels of the federal lawsuit outlining the retaliation claims made by her former athlete, Paige DuBois, who suffered (and continues to suffer) retaliation by UMD for her support of Warmington. DuBois’ suit includes the allegations that she was terminated from her role on the UMD cross country team in a coordinated effort by AD Josh Berlo, Assistant ADs Karen Stromme and Jay Finnerty, and Compliance Officer Abby Strong.)

This brings a total of 3 lawsuits, 4 internal University investigations, and the revelation of multiple NSIC and NCAA rules violations related to the University’s unlawfully orchestrated effort to terminate Warmington’s position.

“It is very clear that Josh Berlo and his UMD staff are good at publicity, but his record as an administrator speaks volumes. His words of support were empty promises. There is an institutional cancer at UMD that social media prowess cannot overcome. Miller, Banford and Wiles were canaries in the coal mine — and UMD is paying dearly, both in financial terms as well as in reputation.

The University will pull out all stops to get this lawsuit dismissed — because they know the facts that will be uncovered will be even more damning against them. Whether I ultimately get my day in court, please pay attention to what has happened and is happening at UMD.

The University – and the general public – should be seriously questioning the leadership of the athletic department and the UMD campus.”