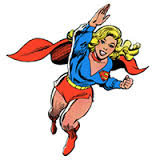 Why my Mum is my Hero.

11th June 2015 0
OK, so this isn’t strictly about coaching, but I am a female coach and becoming a coach was all inspired by a very special woman – my Mum.   My Mum is a strong woman.  Born in a small town in the North of England, as a teenager my Mum looked after her very poorly Dad whilst emotionally supporting her Mum.  She went on to train as a nurse and over the years has saved hundreds if not thousands of lives, affecting every person she meets in the most magical way.  She works more hours than she 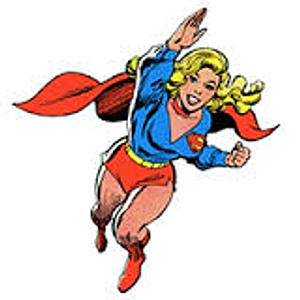 Amelie is part of the solution…

4th June 2015 0
I have spent this week following Women’s Sports Week, a fantastic initiative aimed at raising awareness of women in sport.  I have fully immersed...

Nearly every woman feels uneasy about self-promotion. Do it anyway!

23rd October 2014 0
Why Networking is Important for female coaches. The only way to succeed and progress in your coaching (and in life), is to take yourself out...

Since London 2012 it seems there has been a rise in the interest of women who coach.  There have been some big headline stories recently given to Corrine Diacre (first female head coach to a mens football team in the top two divisions in Europe), Becky Hammon (first female assistant coach in the NBA), Amélie Mauresmo (first female coach to a male tennis player in the top 40) and Shelley Kerr (first female coach to a mens team in the UK) thanks to their new coaching roles and the fact that they will be coaching men.
Here is an interesting thought, did any of these women take part in women only coach development programmes / projects or did they just pull up their socks and get on with it?  After reading interviews with all these women and learning about their coaching roles, it is obvious that they or their players do not see them as a female coach, simply as a coach.
In a recent BBC interview when asked about her gender as a coach, Shelley Kerr answered; “It shouldn't be about gender, it should be about your ability as a coach."
And Andy Murray, the first male tennis player in the world top 40 rankings stated: “"To be honest, I’m just of the feeling that it’s not about gender but about the right person to do the job. Sometimes, 10 men could get hired over 10 women, and sometimes, it should also work the other way around. It’s about finding the right personality for the situation and the right person, basically. And to me, it isn’t about whether it’s a man or a woman. It’s about finding the right person for the situation, for the team’s or the individual’s needs."
So, is it us women that are making a fuss about our gender, is it the media trying to sensationalise it, or it is sports federations jumping on the band wagon?
There is of course an obvious problem with the stats on female coaches...behind the wave of enthusiasm and excitement, the number of women at relatively high levels of sport are still woeful.  For example:
*England Athletics have stats in 2014 proving that of 1081 qualified coaches, only 24% are female
*NCAA Division I women's soccer coaches, only 27% of teams have women as head coaches
*The Australian Sports Commission state that only 20% of state coaching roles are held by women
Now, (perhaps thanks to the media attention) sports governing bodies around the world are starting to address these low numbers by creating women only coach development programmes.  There is the fear that they may simply be jumping on the band wagon and spending money on female coaching programmes just to tick a box.
*British Athletics have funded the Female Coach Legacy Programme since 2012
*Canadian Collegiate Athletic Association have the Female Apprentice Coach Programme 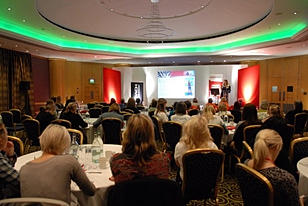 Surely a focus on the individual coach, rather than their gender is more likely to have a lasting effect on the coaching stats?  How many of these women who have attended these gender specific programmes have gone on to hurdle the barriers to their coaching (identified as family commitments, time, cost and lack of mentors) and progressed to a higher level?
The fact is, it’s down to us, the women who coach day in and day out to stand up and have the courage to apply for coaching roles and for many to see past their own gender.  Yes of course we need the backing of our governing bodies and our coaching colleagues.  It’s a comforting feeling knowing you can talk to fellow female coaches about the difficulties you’ve had with male athletes, or coaches or having another woman to sit with during yet another arduous tournament weekend.  But to think that women can only develop and learn in a fully female environment is wrong in my opinion.
I would be very interested to hear from women who have been on both mixed gender programmes and women only programmes.  Which benefitted your coaching the most?
12Page 2 of 2

ABOUT US
The Female Coaching Network (FCN) “The Leading Global Community of Female Coaches Who Support, Drive and Influence Real Change in Sports Diversity.”
Contact us: info@femalecoachingnetwork.com
FOLLOW US